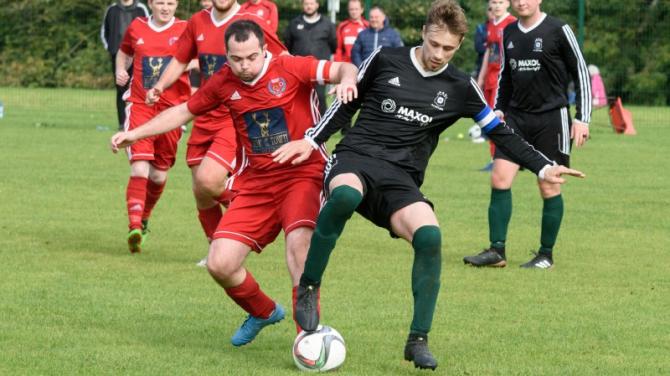 While there was no scoring in the opening half-hour, the warning signs were certainly there for Moylena with Jamie Nutter denied by the woodwork. Instead, Jamie turned provider playing the ball through for brother Henry to round the stranded keeper.

Henry Nutter soon doubled his tally, before Rob Brown volleyed in a third before half time.

Newpark added a fourth just after the break, Henry Nutter completing his hat-trick, when he fastened on to a ball over the top before cracking his shot into the bottom corner of the net.

Brother Jamie then got into the act with Newpark’s fifth, before crossing for substitute Rab Crawford to complete the six pack just before the whistle.

This Saturday, Newpark have no fixture, while Moylena are in Junior Shield action.