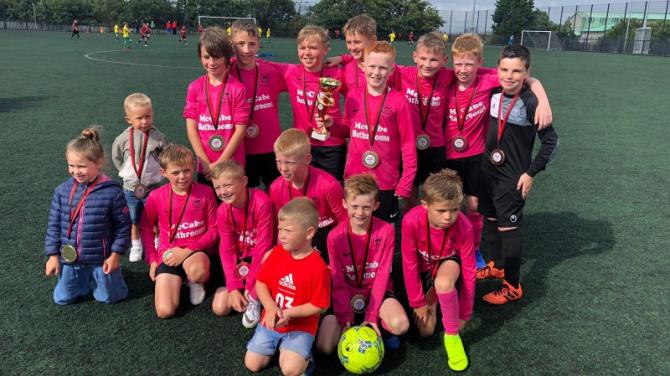 A NEWLY formed youth squad have proven they have what it takes to compete with the best after they won some prestigious silverware in the Foyle Cup.

Maine Castle FC was formed at the end of May by three dads who ‘took a gamble’ after striking up a friendship.

The young footballers entered the Foyle Cup last year under Antrim Rovers Colts but they felt the time was right to strike out on their own.