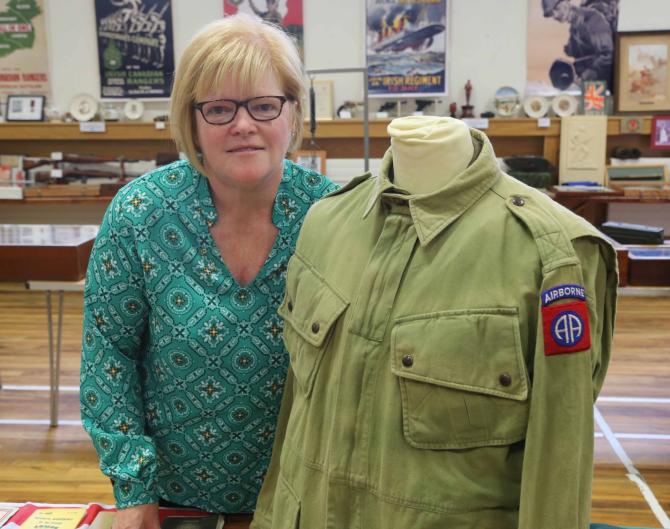 Glenda Rodgers McCormick will receive a British Empire Medal after being named on the New Year’s Honours List.

A BUSHMILLS woman has spoken of her pride after being named on the New Year's Honours List.

Glenda Rodgers McCormick has been recognised for her service to the community in the village and will receive a British Empire Medal (BEM) which is presented at an investiture at Hillsborough Castle by the Lord Lieutenant sometime in the new year, with an invitation to a Garden Party in London in the summer usually following.

Glenda has hosted the Bushmills Through the Wars Exhibition for the last 12 years and has helped to raise over £40,000 for different charities throughout that time.

Speaking to The Chronicle, the keen historian explains that the news hasn't quite 'sunk in' yet.

“I haven't got used to my new title yet and a few jokes were made that I will need bigger envelopes due to the length of my name but it was all taken in good spirits,” she said.

“To be honest it will take some time to sink in as I'm extremely proud to receive such a prestigious honour.

There was another recipient in the Moyle area as Leonard Quigg also received a BEM for his services to the community in Northern Ireland.

Meanwhile, Cushendall-based writer Liz Weir will receive an MBE for her services to art and education. She was the first winner of the International Story Bridge Award from the National Storytelling Network, USA, which cited her “exemplary work promoting the art of storytelling.”

*Full story in this week's Chronicle*