Are you 'In the Mood' for a visit to the Crumlin church where Glenn Miller once played the organ? 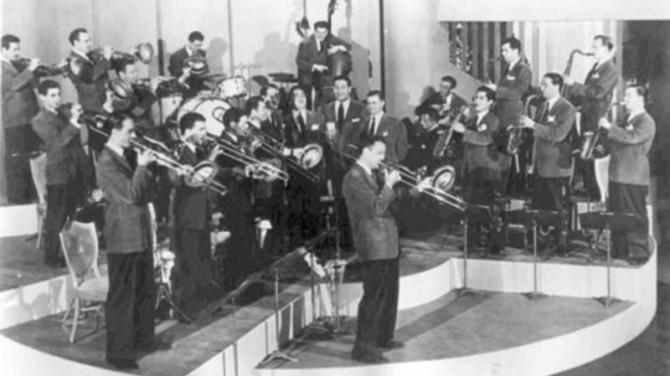 JUST over 75 years ago, on his way to England, Glenn Miller made a stop at RAF Langford Lodge just outside Crumlin - and visitors are invited to go back to the 1940s this weekend and retrace his footsteps.

While there, on August 13 1943, the musician visited Gartree Church of Ireland and played the pipe organ.

In 1943, the church was within the bounds of Langford Lodge Station 587.

The organ itself was a gift to the congregation from the US 8th Army Air Force.

Their Chaplain Rev Norman Nygaard preached in the church on February 7, 1943.

It is also believed that Miller paid a visit to St Catherine’s Church of Ireland in Killead.

This church building is still inside the security cordon of the old RAF Aldergrove.

Langford Lodge is a former Royal Air Force station, with the airfield now owned by RLC

The site was also known as No. 20 Satellite Landing Ground.

Opened in 1940, the base was an air depot for the United States Army Air Forces, as such thousands of aircraft were processed on their way to active service in Britain, North Africa and the Mediterranean.

Previously it was the home estate of the Pakenham and Langford families.

The USAF renamed the Langford Lodge base theatre ‘The Project Magnet Hall’.

And this weekend, you can follow his lead as part of the European Heritage Open Days weekend.

On Saturday September 8, there will be historical displays of Langford Lodge through the years from the Pakenham Family to WWII and wartime memorabilia from AAF Station 597 Museum Project and wartime military vehicles, supplied by the Ulster Military Vehicle Club.

Aircraft parts that were involved in accidents, as featured in museum curator Will Lindsay’s book ‘Wartime Langford Lodge’ and unseen items of USAAF and Lockheed personnel will be available to view.

Ernie Cromie, from the Ulster Aviation Society, will be on hand to share his extensive knowledge of the base.

There will be guided walks and wonderful views as well as a 1940s vintage tea for a small donation in the recently refurbished 19th Century Gartree Parish Church with its private pew, crypt and the ‘Glenn Miller Organ’ - the pipe organ on which the American star played during a visit to troops.

You can also join with the morning service at Gartree on Sunday September 9 at 9.45am. Refreshments will be served afterwards.

The event is free and any donations will go towards the church building fund.