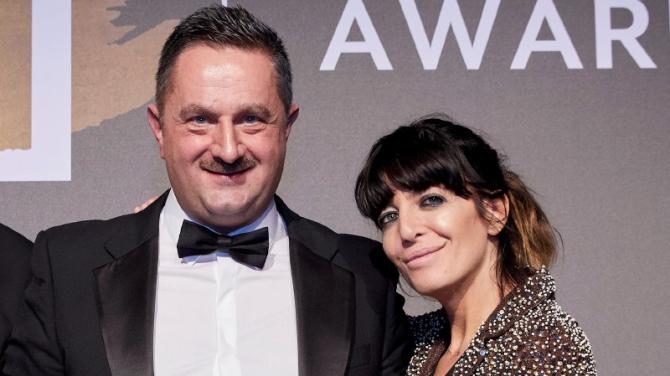 Gary Thompson, Northern Ireland’s Chief Fire and Rescue Officer, was presented this accolade at the prestigious UK-wide awards held at the Royal Horticultural Halls in London.

Gary started his career at Antrim Fire Station, but the former Greystone Primary pupil was soon climbing the career ladder!

Finalists at the event, which recognises excellence across all sectors in the economy, are drawn from the winners of regional IoD awards, including the IoD NI Director of the Year Awards.

“Over recent years, business leaders from Northern Ireland have enjoyed a tremendous level of success at the national IoD Director of the Year Awards.

“The honour received by Gary Thompson is proof that local organisations from the public sector continue to punch above their weight on the UK stage and act as an endorsement of the high standards of corporate governance which local directors aim to achieve.

“Huge congratulations also go to all other directors that were shortlisted. Plans are already in place for next year’s event and we look forward to launching the application process for 2019 soon.”

Entries were considered by a panel of 33 judges drawn from senior business leaders at some of the UK’s best-known organisations.

Judges were impressed with Gary’s ‘extraordinary leadership’ and commended the Northern Ireland Fire and Rescue Service board for ‘taking responsibility for promotion of inclusion at their level and monitoring progress’.

Stephen Martin, Director General of the Institute of Directors, added:

“My congratulations go to all of our winning directors for the exceptional work they have put in over the year, contributing not just to the economy, but to society as well.

“Whether it be in private enterprise, charity, or the public sector, great leadership is immensely valuable, and our award-winners have set the bar in this regard, and well deserve to be recognised.”