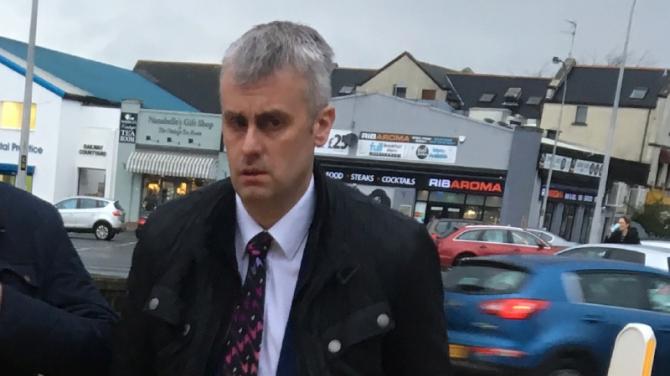 AN Antrim man has denied sexually abusing a teenage girl he allegedly groomed and got involved in pornography.

Standing in the dock of Antrim Crown Court, 40-year-old Alan David McBride entered not guilty pleas to all of the eight sex charges against him.

As well as two counts of inciting sexual activity with a girl aged 13-16 and one of meeting the child following sexual grooming McBride, from the Long Rig Road at Nutts Corner, also denies five charges of inciting the alleged victim to he become involved in pornography with all of the alleged offences said to have been committed between July 1 and August 25, 2013.

Following the short arraignment, defence counsel Aaron Thompson revealed that amongst the ‘voluminous papers, a lot of it stems from a mobile phone report and text traffic’.

He told Judge Brian Sherard that special measures, where a video interview police conducted with the complainant is played to the jury before the teenager is cross examined over a live TV link, ‘can be granted by consent’.