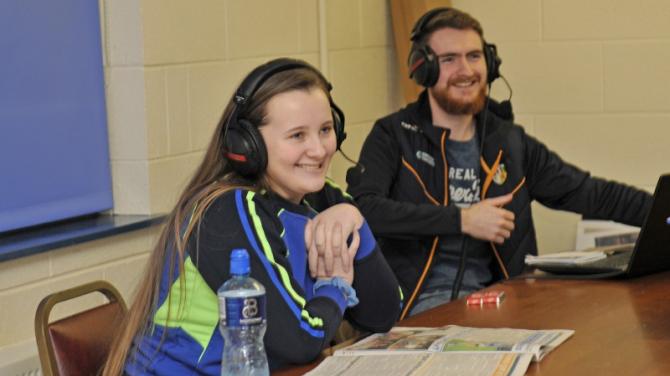 The Tír Na nÓg teenager was announced the 2019 All Ireland Scór recitation champion for her winning piece by Patsy O Hagan called ‘The child I did not know’.

The Antrim representatives from Tír Na nÓg and Aghagallon brought an impressive 17 All Ireland medals and record-breaking three All Ireland Cups home from Castlebar in Mayo two weeks ago.

“Katie and family are a pleasure to work with.

“Katie’s performance was excellently delivered and showcased the talent we have in our county.

“Well done to Katie and also the winners from St Mary’s Aghagallon!”

Over 30 confirmed C-19 cases in borough

Sensata asks for 'voluntary minimal workforce' to remain in factory

Craig Breen has driven some of the best roads on the planet - but says nothing compares to Irish tarmac.

'RALLY NI': Breen and Edwards have their say