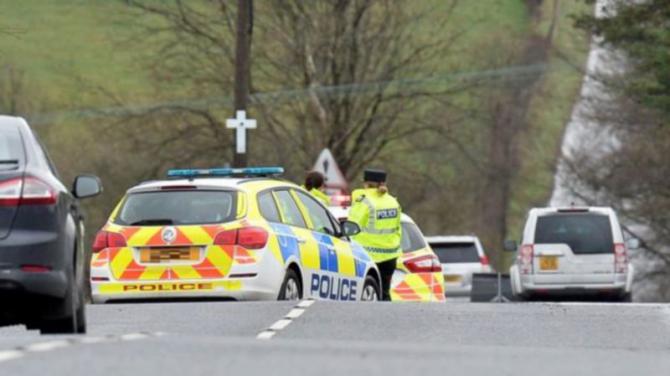 ccidents over the St Patrick’s day weekend in the Borough of Antrim and Newtownabbey.

A fundraising drive organised by a neighbour for the family of the Turkish man had surpassed £1,000 at time of going to press last night.

Just an hour earlier, a car driven by keen footballer Ricky Swann (27) collided with a stationary lorry on the Belfast-bound A8 dual carriageway near Ballynure.

He died later from his injuries.

And on Sunday evening, 28-year-old Diarmuid McFall from Toome (pictured right) was struck by a car as he walked along the Moneynick Road, which remained closed for a period at the tragedy.

A statistical website lists almost 70 accidents along the Moneynick Road and M22 alone over the last 10 years.

Of these, one is recorded as being fatal while a further six were listed as ‘serious’.

Police have appealed for witnesses to come forward in the case of all three incidents.

South Antrim MLA Steve Aiken said yesterday: “Our thoughts and prayers are with the families of the bereaved.”