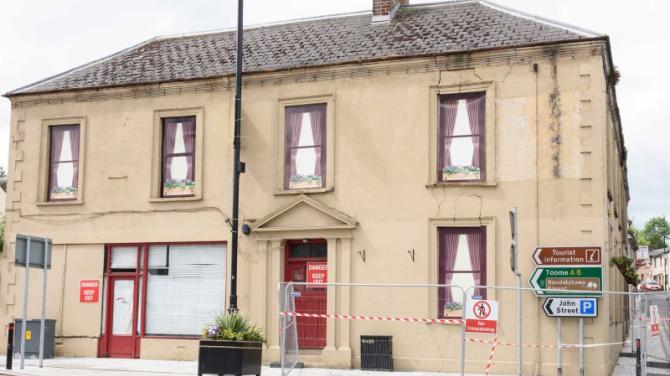 A DUP MLA has moved to reassure people after claims that a Randalstown building is on the verge of collapse.

The former residential home, known as ‘McFadden’s Corner’, sits on the corner of New Street and Main Street and while the owner is happy to have it demolished, they cannot currently comply with planning conditions which stipulate that because the building is in a heritage area, it must be rebuilt to certain specifications within a matter of months.

One resident, who did not wish to be named, contacted the Antrim Guardian claiming that the derelict building was a ‘death trap’ and warning that the situation was ‘a disaster waiting to happen’.

And visually impaired Randalstown resident Debbie Shaw claims that she has been virtually trapped in her home as her Guide Dog refuses to negotiate the barriers around the building.

DUP South Antrim MLA and Randalstown resident Trevor Clarke has reassured people that the situation is being dealt with.

“Myself and the others are working with the developer and other agencies very hard to try and find a solution,” he said.