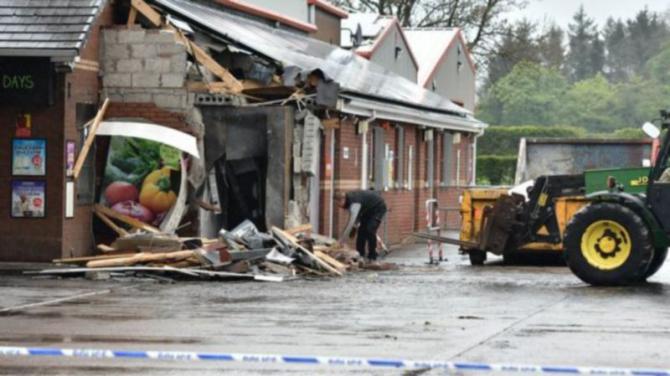 AN Antrim man, accused of being part of an organised crime group involved in a series of ATM thefts, has been refused bail.

David McClurkin (24), from Craighill, is charged with the theft of an ATM worth around £75,090 from Costcutters on the Tully Road near Crumlin on April 30.

He is further charged with causing criminal damage to Costcutters and arson of a digger on the same date.

It is understood that the ATM will cost £16,000 to replace and that around £20,000 of damage was caused to the Costcutters store.

In court last week, a detective constable alleged that McClurkin had been the ‘getaway driver’ in the ‘ATM dig-out style theft’ which took place around 3.35am on the date in question.