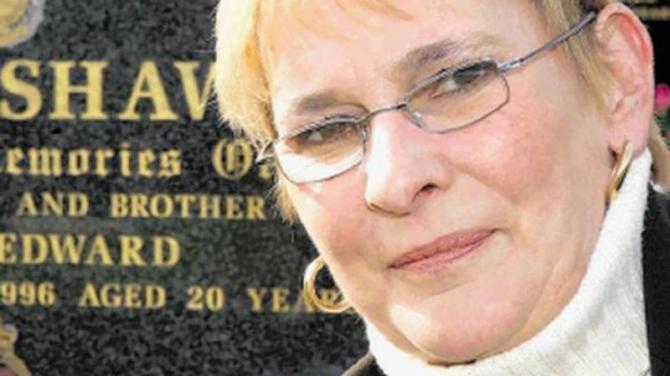 THE Antrim woman who was forced to endure the tragic deaths of two of her sons within months of each other has lost her brave battle against cancer.

Pauline Bradshaw died peacefully at her home in Devon Square. She would have been 67 next week.

Throughout her illness she was supported by her surviving children Paula and Scott, but the local woman was the first to admit that part of her died when she lost sons Simon and Darren.

She never got over the devastating loss - and nor would she want to.

Simon was just 20 and was serving with the Royal Engineers. On August 25 1996 he was travelling from Bosnia back to Germany when he was involved in a serious road traffic accident which claimed his life.

Older brother Darren was serving in the RUC at the time and on May 9 1997 he became the first officer to be murdered after the IRA’s first ceasefire.