Is the writing on the wall for Irish sign? 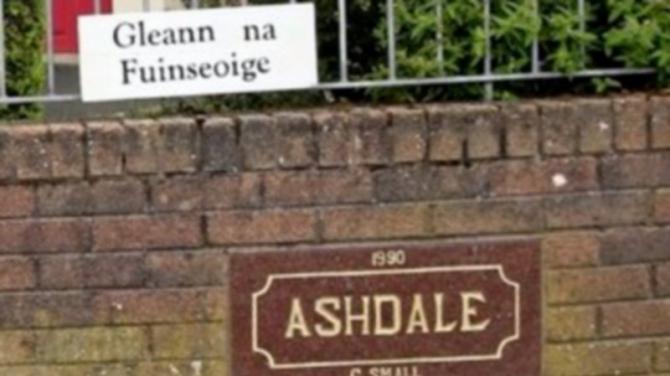 THE war of words surrounding an Irish street sign in Randalstown has continued to escalate.

Last week the Antrim Guardian revealed that an 85-year-old grandmother had found herself on a collision course with civic leaders after she allowed a small sign in Irish to be displayed from her property above the name for the Ashdale estate.

Antrim and Newtownabbey Council was not impressed, and wrote to the ‘owner/occupier’ to advise her that since it had been erected without planning consent, it should be removed within one week - or potentially face a fine of £2,500 which could rise by £250 each day it remained in place.

It is not the first time that the council has been embroiled in a public dispute about street signs.

In February last year, in response to an application from Abbeyville Residents’ Association to erect five Irish signs, the unionist-dominated chamber voted instead for an ‘English only’ policy.

Incensed, Abbeyville residents sought a Judicial Review and in September the case was listed before the High Court in Belfast.

The council, however, performed a U-turn and opted to rescind its ‘English only’ policy. It also had to pay all legal costs.