When the world came to Greystone 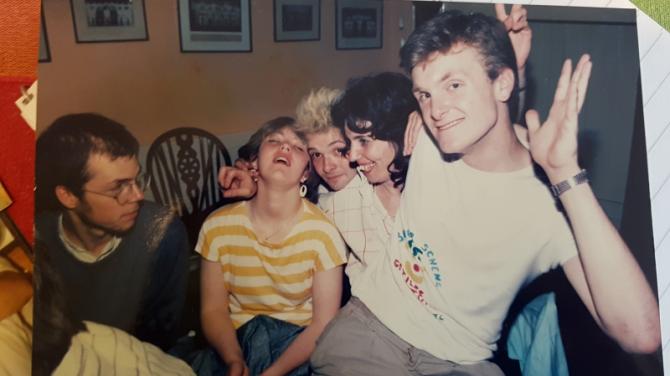 AS conflict raged on the streets of Northern Ireland in the late 1970s, a young politics student in England found himself bemused as to why there was no mention in his lectures of the war taking place on the island next door.

Londoner Tom Crick was the son of the late Sir Bernard Crick, a distinguished political scientist and author.

Sir Bernard wrote about divided societies, notably South Africa and Northern Ireland and was an advisor to former Labour leader Neil Kinnock and later David Blunkett, then secretary of state for education and employment.

“As part of our political studies, there was no mention of Northern Ireland at all,” said Tom.

“To me, there was a war going on, which was being ignored.”

Then the call came from an organisation called Pax Christi - a global Catholic peace movement working worldwide to establish peace, respect for human rights and justice and reconciliation.

Pax Christi had been founded in 1945 as a reconciliation movement bringing together French and Germans after World War II.

It was looking for young volunteers to sign up to peace-building placements around the world.

Pax Christi linked Tom with the Greystone group and by taxi, boat and bus, the 18-year-old arrived in Antrim - a town he would continue to return to for almost ten years.