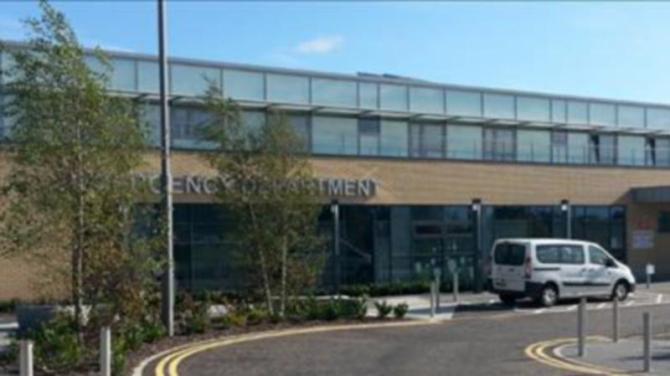 The Department of Health statistics show that in April, May and June alone, there were 1,178 12-hour breaches - equating to more than a dozen people every single day.

This is in stark contrast to the ministerial target that no patient should wait longer than 12 hours to be treated and discharged or admitted.

On top of this, Antrim Area has failed yet again to make it anywhere near the target of 95 per cent of patients being treated and discharged or admitted within four hours.

In June - the best of the three months - the Emergency Department hit just 64.1 per cent in terms of the four-hour target.

Despite this being the best of three months under scrutiny, the Guardian can reveal that it still failed to make it to the 65.5 per cent mark from the previous year.

Even more worryingly, in April this dropped as low as 56.4 per cent.

April was also the worst month for 12-hour breaches with 529 while June came in at 266.

This figure was drastically worse than June 2018 when there were 165 breaches - meaning an increase of almost 50 per cent between the figures.

Responding to the latest statistics, the spokesperson hihghlighted that Antrim Area Hospital saw a three per cent increase in June in attendances overall - the highest number at any acute hospital ED in Northern Ireland.

The Northern Trust serves a population of approximately 450,000, including the largest number of older people in the region, many of whom have complex medical needs.

“One fifth of patients attending ED were referred by their GP,” the spokesperson continued.

“Several alternative pathways to ED have been introduced such as our Direct Assessment Unit and further developments in ambulatory care (care delivered on an outpatient basis) are planned.

“The Trust is also developing pathways for frail elderly patients  to ensure they have appropriate care and ongoing support.”