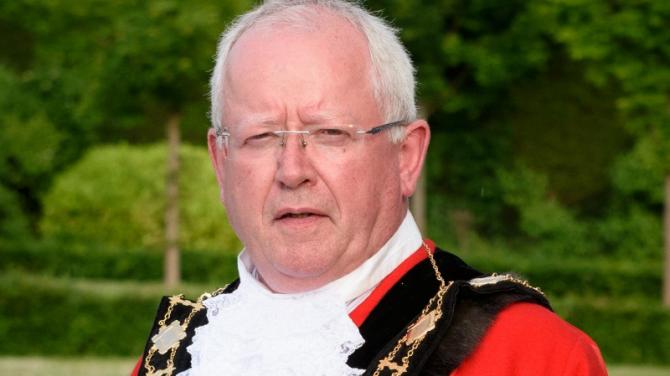 THE DUP Mayor of Antrim and Newtownabbey has been praised after declining to use his casting vote to override a motion to fly the ‘gay pride’ flag over Antrim Civic Centre and Mossley Mill.

John Smyth told the Antrim Guardian he wanted to ‘do the right thing’ by remaining ‘apolitical’ in his role as First Citizen.