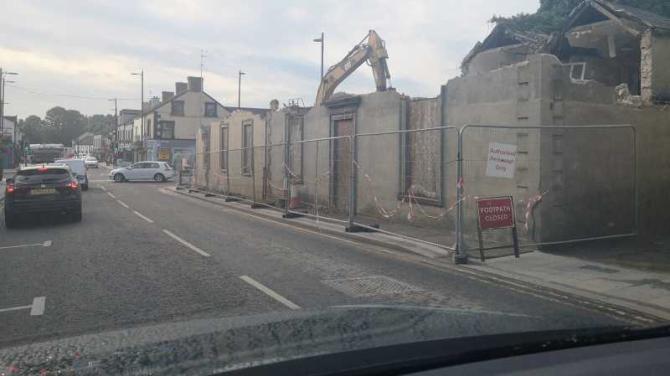 RANDALSTOWN residents breathed a sigh of relief this after demolition work began at a building branded a ‘death trap’ at the junction of New Street and Main Street.

The former residential property, known as ‘McFadden’s Corner’, sits on the corner of New Street and Main Street.

One resident, who did not wish to be named, contacted the Antrim Guardian earlier this year claiming that the derelict building was ‘a disaster waiting to happen’.