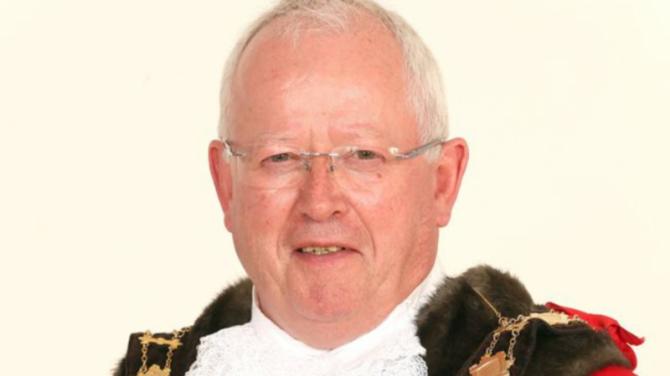 A FURIOUS ratepayer has accused the DUP Mayor of Antrim of ‘betrayal’ after he refused to use his casting vote to banish the ‘gay pride’ flag from the Civic Centre.

There were extraordinary scenes in the chamber last week after an Alliance bid to formally recognise the contribution made to the Borough by the LGBTQ+ community was challenged by the DUP bloc and some members of the UUP.

Although Mayor John Smyth had voted with his party, when the result rested on a knife-edge at 17 for and 17 against he opted not to use his casting vote to prevent the flag flying.

Speaking afterwards the Antrim butcher explained that the role of Mayor was ‘apolitical’ and he felt obliged to ‘do the right thing’ - even though he conceded that some of the party faithful were ‘unhappy with his stand’.

“The DUP are meant to be the party of marriage and the pro-life advocates, speaking on behalf of Christians across the borough,” said local man Raymond Stewart.