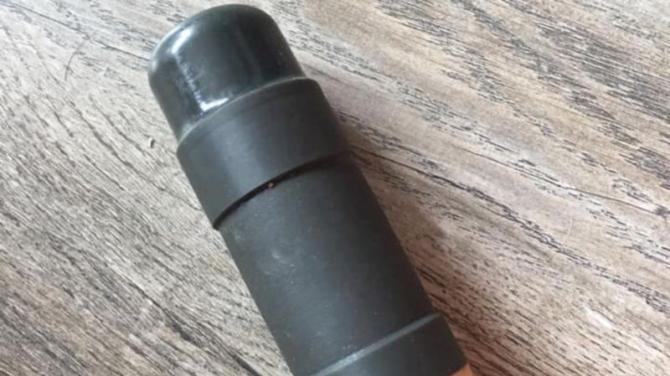 AN environmental campaigner is demanding answers from the police and the Ministry of Defence after a cache of spent munitions washed ashore in Antrim.

Last week local woman Caroline Orr was strolling at the loughshore with children, when they took to the beach to hunt for ‘treasure’.

But what they unearthed was altogether more alarming.

“A quick Google search when I got home and lo and behold it’s a rubber bullet,” she said.

“I’m still in shock. Obviously I didn’t tell the kiddies but that’s not what you expect to find lying on the beach at the lough.”

When Ms Orr shared her experience on social media, it quickly emerged that she was not alone.

Several people reported finding similar items - with some revealing that they had become a popular toy for the family dog.

Alliance councillor Neil Kelly, who regularly takes his pup Murphy for a ‘wee dander’ along the beach en route to Rea’s Wood, admitted that he was ‘baffled’ as to how the bullets came to be washed up less than a mile from Antrim town centre.

“Presumably these things are safe, but I must admit I’m a bit baffled as to why they are apparently turning up here in numbers,” he said.

The plastic bullet (pictured right) or baton round as they are now officially known, is a 37mm Attenuating Expanding Projectile.

They have a hollow tip to minimise the risk of fatality when they are discharged and are used for crowd control by the military and the PSNI.

According to guidelines, their purpose is ‘to dissuade or prevent a potentially violent person from their intended course of action and thereby neutralise the threat’.

It is understood that they are used at Steeple Barracks for training exercises.

But how did they end up in Lough Neagh?

One theory is that they may have been used at the former Steeple Barracks and some may have overshot into the Six Mile and were eventually carried into the lough.