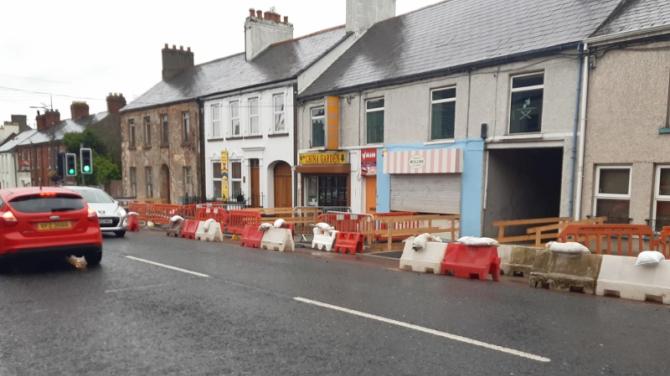 A TRADER on Antrim’s normally bustling Fountain Street says that his takings are down by thousands due to parking problems caused by ongoing public realm works.

The work was originally slated to begin in February, but has only just got started in the last few weeks, the height of summer.

Gordon Rowan, of Rolo’s chippy, said that between parking restrictions and evening functions held at a nearby sports club, people cannot get parked near his establishment and are taking their business elsewhere.