'I used to throw stones at the Peelers...then I became World champ' 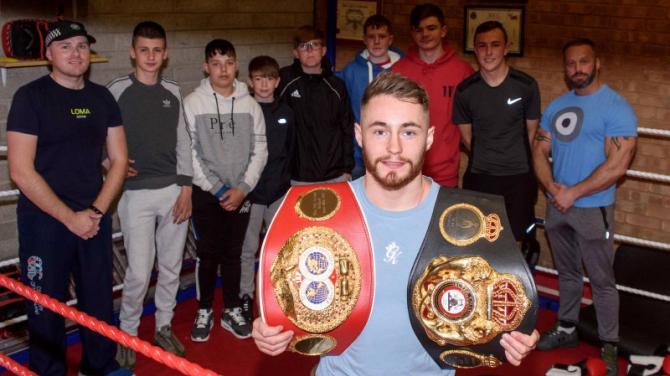 YOUNG people from Antrim were enthralled last week as a top boxer told how he went from ‘throwing stones at Peelers’ to being one of Northern Ireland’s most titled sportsmen.

Ryan Burnett is a former unified bantamweight world champion, having held the WBA (Unified) and IBF titles between 2017 and 2018.

He was in Antrim as part of Gym Justice, a pioneering new fitness programme set up by the PSNI in conjunction with a local gym, whose aim is take young people off the streets where they can get caught up in anti-social behaviour.