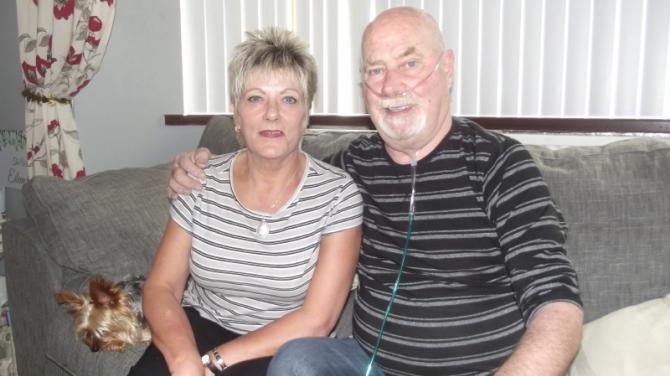 AN Antrim man has paid tribute to the ‘heroes’ who worked tirelessly to give him more time with his family after receiving a devastating diagnosis.

By his own admission, Ken Wilkinson is a divisive character. Respected by some, feared by others, he has been a force to be reckoned with for decades - both as an unapologetic loyalist and as a community campaigner.

But recently the 71-year-old’s life was ‘turned upside down’ by news that he was literally fighting for his life against a rare lung disorder. Ken has Interstitial Lung Disease, a progressive condition for which there is no cure.

*Read the full story ONLY in this week’s Antrim Guardian