Chiropodist Colin puts his feet up! 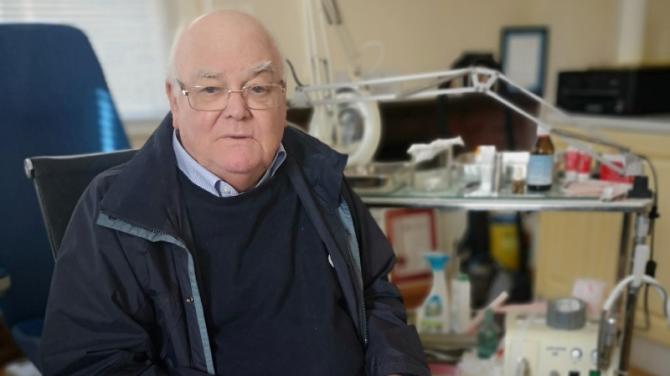 AFTER more than five decades of tending to the feet of the people of Antrim, well-known and highly respected chiropodist, Colin Craig has announced his plans to retire at the end of the month.

Enticed to Antrim after his dentist moved there to bigger premises, Colin was originally from Holywood but once he had his foot in the door at Market Square, he was there to stay.