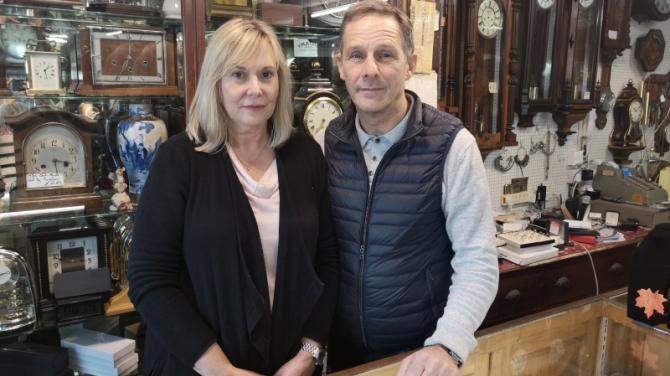 THE loss after a brazen early morning burglary at McKeown’s Jewellers in Randalstown may be into tens of thousands of pounds - but the shop’s owners are trying to focus on the support from customers which is carrying them through their horrendous ordeal.

Joe and Judith McErlane told the Antrim Guardian this week that they have been left ‘heartbroken’ after hundreds of valuable items were taken earlier this month.

“It’s just like someone coming into your home,” Joe said.