'I think I killed him. I used a hatchet.' 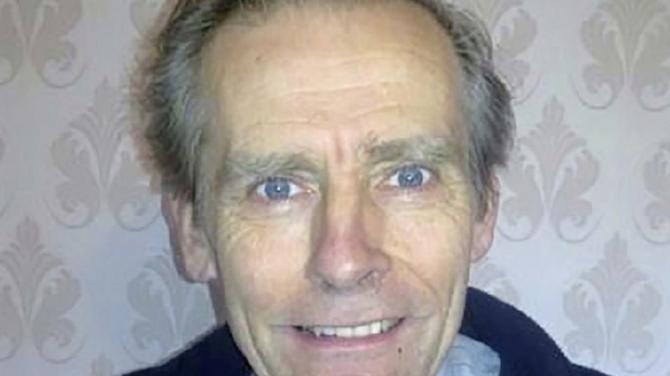 DISTURBING new details have emerged of the ‘atrocious’ attack which claimed the life of a retired former teacher.

Robert Flowerday, who had taught for decades at Antrim Grammar School, was brutally murdered in his home on Mill Road in Crumlin in January 2018.

Respected and liked by the local community, hundred of locals took to the streets to hold a silent vigil in his memory.

Michael Gerard Owens, from Lisburn Road in Glenavy, was sentenced to life in prison in October after finally admitting killing a man who was described in court this week as ‘an exemplary human being’.

Belfast Crown Court will sit again next month to determine the minimum tariff he will serve.

Barristers for the defence insisted this week that Owens was deeply contrite - but the Judge will have to balance that against the ferocity of the crime.

The 64-year-old was murdered in a violent attack involving an axe, a hammer and a poker, the court heard on Friday.

Owens has also admitted one charge of burgling the dead man’s home on an unknown date between January 27 and 30 January 30.

A defence barrister told the court that Mr Flowerday lived alone and was unmarried but was ‘loved by his extended family and by the wider community’.

The court heard that the alarm was raised on January 28 after he failed to turn up for a tutoring session - something that was ‘very out of character’.

Concerned, the parents of his pupil went to Mr Flowerday’s home and spotted an ‘unknown male’ inside.

They knocked the door but no-one answered and the lights were turned out.

Police later gained access to the property and found the deceased’s body sitting on an armchair, covered in a duvet and one cushion.

He was partially clothed, wearing just underpants and one sock.

The court heard a post-mortem examination found Mr Flowerday had suffered 18 lacerations to his scalp, face and neck and 20 bruises on his hands, arms, legs and torso.

His nose and jaw were also broken.

The court further heard that a friend of the accused later told police Owens had told him he was going to burgle the victim’s home and invited him to accompany him.

The friend refused and told police Owens, who he described as already being drunk, then drank a bottle of rosé wine and put a plastic bag over his head as ‘a makeshift balaclava’.

The man said he later phoned Owens and heard someone ‘sobbing in the background’.

He said Owens then told him: “I’m doing a job, leave me alone.”

Another witness then described seeing Owens buy a Chinese meal in Crumlin, hours after the murder.

The witness said he gave Owens a lift and he told him he was going to dispose of his clothes, which were dirty, in a river. They were never recovered.

The court also heard he later told the witness: “I think I killed him. I used a hatchet.”

He was said to have told the witness he intended to set fire to Mr Flowerday’s home, but was disturbed.

Owens was later arrested by police but declined to comment during interview.

However there were forensics linking him to the crime scene.

The court heard that a plastic bag with the accused’s DNA was recovered from Mr Flowerday’s home, as was a belt belonging to Owens with a spot of the former teacher’s blood on it.

Owens’ DNA was also found under the fingernails of his victim.

A barrister for the defence did not attempt to diminish the brutality meted out by his client.

“This was an unspeakable, atrocious attack on this innocent, decent, well meaning man in the sanctity of his own home,” he said.

“We do not seek to understate that.”

He said Owens accepted that his actions were ‘disgraceful’ and was ‘overwhelmed with a sense of shame’ at what he had done.

He added that the defendant had a troubled background. Owens has drug abuse problems, and these had ‘spiralled’ after a family tragedy.