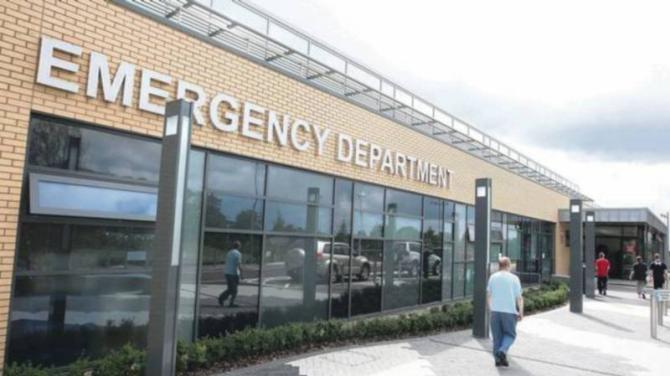 MORE than 850 people were forced to wait 12 hours or longer in Antrim Area Hospital’s Emergency Department in just three months, the latest figures have revealed.

The Department of Health statistics show that in July, August and September alone, there were 858 12-hour breaches - equating to more than nine people every single day.

This is in stark contrast to the ministerial target that no patient should wait longer than 12 hours to be treated and discharged or admitted.

On top of this, Antrim Area has failed yet again to make it anywhere near the target of 95 per cent of patients being treated and discharged or admitted within four hours.

In September, the Emergency Department hit just 64.5 per cent in terms of the four-hour target.

September was also the worst month for 12-hour breaches with 348 while July and August came in with 274 and 236 respectively.

A newer target, in place from March 2017, also states that 80 per cent of patients should commence treatment, following triage, within two hours.

In September, Antrim only achieved a 69.4 per cent rate against this target and this was a slight drop on the previous year’s 70.2 per cent rate.

The detailed report delves into facts and figures that suggest Antrim Area’s Emergency Department is failing to thrive and is proving to be far from the shot in the arm for the staggering waiting times which plagued the former A&E.

Northern Trust top brass are the first to admit that the hospital is simply ‘too small’ for the population it caters for and earlier this year, they opened a new 24-bed ward as well as implementing other initiatives to improve waiting times.

September saw the Department deal with 7,760 attendances while over the three months, it averaged out at 250 people arriving in the ED every single day.

The figure for September is one of the largest increases across all Type One EDs on the previous year, coming in at an 8.2 per cent rise (586 extra people over the month).

The median time from arriving at the emergency department to triage was a fairly swift 10 minutes and the median wait from triage to the start of treatment was one hour 18 minutes - a fall of seven minutes on the previous year’s median.

And while the median time spent in the ED for those discharged home was two hours 40 minutes, things went from bad to worse for those who found themselves being admitted to the hospital.

The median for those admitted came in at six hours and 13 minutes in September but one in every 20 patients admitted to the hospital after a trip to the Emergency Department were forced to endure waits in excess of a staggering 20 hours.

Further figures also reveal that almost one fifth of people who attended Antrim’s ED in September were referred there by their GP while, during the same month, 2.8 per cent of people left the Department before their treatment was complete.

Looking across the province as a whole, most attendances at emergency departments can be attributed to people aged 75 or over while Monday remains the ‘busiest’ day of the week based on the average number of attendances.