Phase Two of The Junction's £30m redevelopment project is unveiled 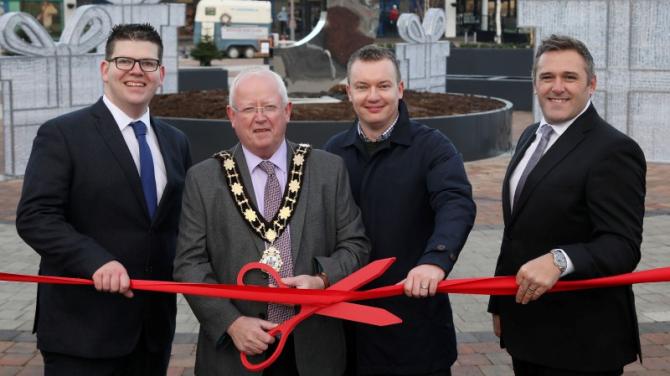 AN extensive £30 million redevelopment plan for The Junction has reached its second major milestone, putting the project on target for completion in 2021.

Phase Two of the masterplan for the outlet complex has been unveiled, revealing significant new road infrastructure, with a tree-lined entrance to improve access in and out of the scheme.

The shopping and leisure destination was bought by Lotus Property in 2016.

Following the purchase, a masterplan was created to realise Lotus’ ambition of transforming The Junction into the largest shopping and leisure destination in Northern Ireland.

Since 2018, several new retailers have already been attracted to the scheme including Beauty Outlet, Intersport and The Entertainer.

The food and beverage offering has also been greatly enhanced since Lotus Property took over the scheme, with the opening of a Starbucks Drive-Thru expected later next month, followed by the arrival of two global restaurant chains - Nando’s and TGI Fridays in early 2020.

“Our vision is to make The Junction the largest shopping and leisure destination in Northern Ireland and achieving this milestone means we’re one step closer to having this vision realised.

“We’re on track with plans to complete the whole scheme by 2021 and the arrival of global hero brands like Nando’s and TGI Fridays is a testament to how far we’ve come on this journey.

“We are confident that the redesign of the scheme will continue to attract new tenants from the retail, leisure and food and beverage sectors and offer new and existing customers reasons to return time and time again.

“Out of town retail and leisure destinations are enjoying a renaissance and we are committed to delivering on what families in the local area and from further afield want – choice, variety and value for money.”

The completion of Phase One of the masterplan also coincides with the recent appointment of a new centre director for the scheme, Chris Flynn.

With over 18 years’ experience working in the retail industry, including three years as the general manager of Debenhams in Castle Court, Chris will play an instrumental role in overseeing the next phase of redevelopment at The Junction.

Speaking on his appointment, Chris Flynn said: “Change is in the air at The Junction and this is only the beginning of its transformation.

“With new retail and leisure tenants in the pipeline, this is an exciting time to be joining the team.

“The retail environment has been challenging over the last number of years and what consumers want has changed.

“The Junction is evolving to meet those demands and we believe our offering can be among the best on the island of Ireland – perfectly situated to attract locals from the Antrim, Mid Ulster and Greater Belfast area as well as a perfect pit stop for those coming from further afield on their way to or back from our world famous north coast.”

The Junction currently houses more than 30 stores, a range of food and beverage venues and a 10-screen Omniplex cinema.

On completion of the masterplan, the scheme will comprise four distinct quarters: food and film, home retail, supermarket and shopping, and leisure.