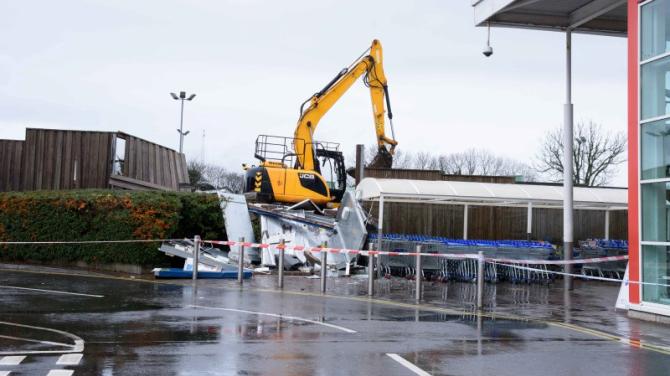 LOCAL politicians have hit out at the latest ATM theft in the borough after thieves struck at Antrim Tesco in the early hours of last Friday (December 6) - a few hundred yards from the town’s police station.

The culprits used a digger to access the cash machines, containing a five-figure sum, from the car park of the healthcare hub on the Station Road, demolishing a wooden fence in the process.

The machines were later recovered by police several miles away.