Council lifts the lid on its huge £120k art collection 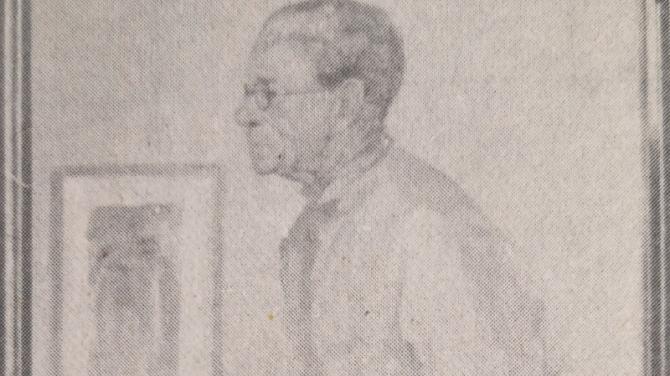 ANTRIM and Newtownabbey Borough Council owns 100 pieces of artwork worth almost £120,000, the Antrim Guardian can reveal.

And one fifth of that staggering figure alone is hanging on the wall of Chief Executive, Jacqui Dixon’s office in Mossley Mill.

Visitors to Mrs Dixon’s office might just be lucky enough to catch a glimpse of the £25,000 John Luke piece.

But if you happen to only get an invite to her meeting room rather than the inner sanctum, you will have to make do with viewing the £4,250 worth of art on the walls there.

The most expensive piece on the list - an oil on canvas called Seaweed Gatherers by Gerard Dillon valued at £45,000 - is on display in the Chief Executive’s secretarial office.

Curiously, what appears to be a sister painting of this prized Dillon piece was last sold for twice as much as the Council values this artwork.

With their two particularly pricey pieces included, the total for the Newtownabbey area of the Borough comes in at £92,000 - the lion’s share of the value despite accounting for less than half of the total number of pieces.

Of Newtownabbey’s 32-strong collection, 14 items are listed as being ‘in storage’ - implying that the ratepayers have no chance of viewing them.

According to the Council, the ‘Antrim art collection’, while heftier at 68 pieces, is valued at less than £30,000, with the most expensive piece, a copper plate of Antrim in the Round, coming in at £4,500 - just a tenth of the price of Mossley’s biggest hitter.

The Council has confirmed that of the Civic Centre collection, 10 pieces are in offices - including that of the Mayor - while eight are in members’ rooms and a further 50 are on public display.

Via a Freedom of Information request, a Council spokesperson also confirmed that no new items have been purchased since 2016.

However, it seems that this list is not entirely exhaustive as the Guardian is aware of at least one piece that appears to be missing from the inventory which was provided to The Taxpayers’ Alliance.

An impressive painting of Alexander Irvine (above right) which hangs in the stairwell of the Oriel Gallery at Clotworthy is conspicuously absent from the list.

When asked why it had not been included, a spokesman for the Council told the Guardian: “The list provided is of artwork which was on display at the Council’s civic buildings in autumn 2018, and records those pieces that have subsequently been relocated.

“The Council’s inventory of artwork is reviewed and updated periodically.”

Danny Kinahan, who valued Council artwork previously, said he believed the figure was what he would expect.

Referring to the most valuable pieces, he said that at the time he had suggested they be kept out of public corridors to ensure their security.

The Guardian also asked Mr Kinahan if he believed the famous wolfhound in the Castle Gardens should have been included.

“I didn’t value it when I did my valuation but it’s a fair point. It probably should be valued given its history,” he said.