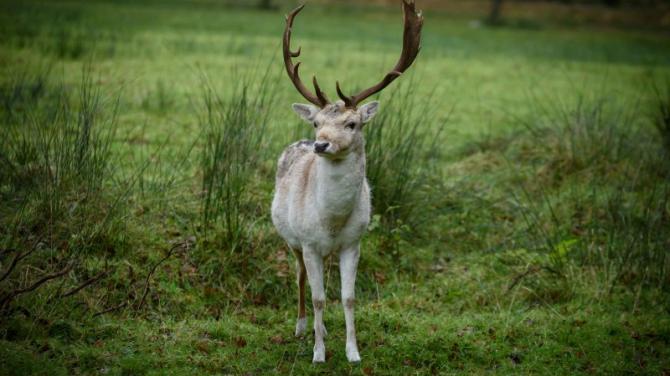 A RETIRED forester has thanked those who have donated food for the deer of Randalstown Forest throughout the year.

The man, who lives in the local area but who does not want to be named, said he wanted to publicly acknowledge the good will of people from the town and as far away as Toome and Templepatrick, as well as his former colleagues in the Forestry Service, for donating apples and other foodstuffs to the deer.

He visits daily to distribute the food in the winter and said that the deer are ‘a great asset’ to the area.

As Christmas approaches, he said that while there may not be any real reindeer in Randalstown, the fallow herd is the ‘next best thing’.

“If there are groups of 40 children, of course, that is too much noise, but if you wait in the hide and stay quiet, then you have a much better chance of seeing them,” the man told the Antrim Guardian.

In his working life, the local man helped sustain the herd, bringing in animals from Cork, Galway, Monaghan and Tyrone, joking: “You could say it was an ecumenical herd!

“People are so kind, bringing food for them to my door, and of course children are welcome to bring carrots and that sort of thing.

“I normally run out of food for them in about January but as the spring comes along their natural feeding is restored and they don’t need so much help from the likes of me.

“There is also a herd at Shane’s Castle and we have at least one escapee who jumped out and couldn’t jump back in again, but he has made himself at home!”