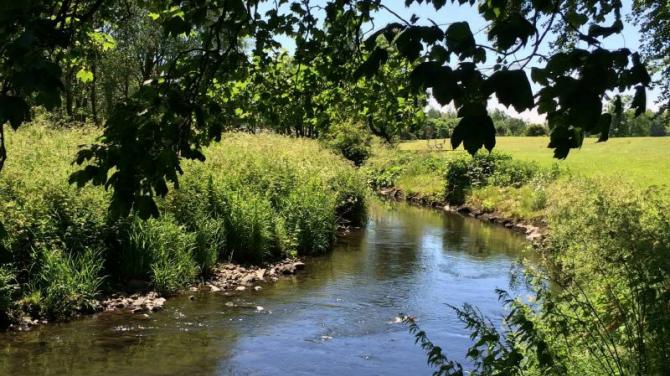 ASDA Stores Ltd have been fined £7,500 for causing pollution to the Sixmilewater River.

The company, which pleaded guilty to the offence, was also ordered to pay a £15 offender’s levy when the case was heard at Belfast Magistrates’ Court last week.

The charge was brought after a Water Quality Inspector acting on behalf of the Northern Ireland Environment Agency and Duty Emergency Pollution Officer responded to a number of reports of oil present in the river at Ballyclare on February 11 this year.

The Sixmilewater flows from Ballyclare into Lough Neagh passing close to Doagh, Parkgate, Templepatrick and Muckamore before it reaches Antrim town.

It is an important river for Brown Trout, Salmon and Dollaghan.

Lough Neagh is the biggest freshwater lake in the UK and 40 per cent of Northern Ireland’s drinking water is taken from it.

It has a unique habitat with many species of plants and animals and as such has been designated as an Area of Special Scientific Interest and is a Special Protected Area.

The inspectors began to investigate the report of pollution associated with a spill of red diesel fuel on the Asda Ballyclare superstore site.

Together with representatives from the Northern Ireland Fire and Rescue Service the NIEA officials inspected the delivery yard where the spill of red diesel had occurred.

They observed two integrally bunded tanks adjacent to a large generator, and fuel oil/red diesel was observed on the ground surrounding the tanks.

A site drainage channel was located to the rear of the tanks.

The overflow from the bunded area at one of the tanks was the source of the problem.

The inspectors proceeded to a culvert discharge to the Sixmilewater adjacent to the Sixmile Leisure Centre car park where they observed red diesel actively discharging to the river.

At this stage, the NIEA officials deployed oil absorbent booms preventing further discharges of oil to the Sixmilewater.

The oil interceptor within the Asda site was emptied by a clean-up company, who also carried out a clean-up and remediation of the affected area adjacent to the impacted culvert.

In accordance with procedures a statutory sample of the red diesel was collected and analysed.

Anyone wishing to report a pollution incident can call the 24-hour Water Pollution Hotline on 0800 80 70 60.