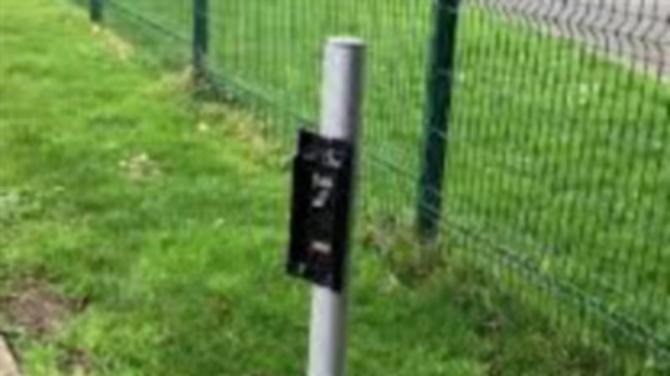 A UUP rep has again hit out at ‘prats’ vandalising bins in the borough.

There have been daily reports of bins being kicked off their housings in many areas across Antrim in recent months.

The issue arose at a meeting of Antrim and Newtownabbey Borough Council’s Operations Committee last week, where it emerged that 20 bins in the borough have been fitted with sensors to indicate whether they are full or not.

A report before members said that officers have been considering ways to improve the efficiency of the street litter bin operations in order to reduce the carbon impact of the collections, reduce fuel costs, reduce the potential for overflowing bins, and ensure the most appropriate levels of litter bin coverage.

It read: “The sensor calculates how much capacity is left in the bin as a percentage and this data is transmitted back to a central office as a ‘bin full notification’.

“The system also provides a daily optimised route to be issued so only bins filled over a pre-set limit are emptied.

“This means that a vehicle is not travelling to a bin that does not need to be serviced.

“The bin full notifications are designed to prevent overloaded bins as the collection crew is warned that a bin is reaching capacity and needs to be emptied.

“The collection of this data then allows the implementation of standard collection routes.”

On the completion of the free of charge trial, in the event that findings are positive, officers will consider the viability of sensors being added to all 1,500 litter bins in the borough.

Anne Marie Logue of Sinn Fein asked about the schedule of emptying the bins, while Neil Kelly of Alliance called the scheme ‘a good use of technology’, noting that ‘some bins are fuller than others’.

Jim Montgomery of UUP said that there was ‘a popular trend in some areas for some people to kick the bins off’.

“Does it make them look cool? I don’t know. I think they are making prats of themselves to be honest,” he said.

On a more serious note, he asked whether such vandalism would affect the sensors, adding: “They’re drop-kicking them, I’ve seen it all over the place.”

Michael Laverty, Head of Waste Management, said that the sensors would only be damaged if the bin was badly burned, which he noted was also a problem in some areas.

“It is an issue in some places for a while, then it will go quiet. It is just something we have learned to get used to,” he said.

A number of members sought clarity on the provision of different types of bins in the borough and were told that there were no longer dedicated dog waste bins and that all bins were now for taking both litter and dog waste.

Ivor McMullan, Head of Parks, said that a major issue in the borough was people decanting large amounts of personal or household litter into council bins, causing overflowing, particularly at lay-bys on busy roads, which he said was where most bins were overflowing.