Early Christmas gift for Girvan as Remainers cancel each other out 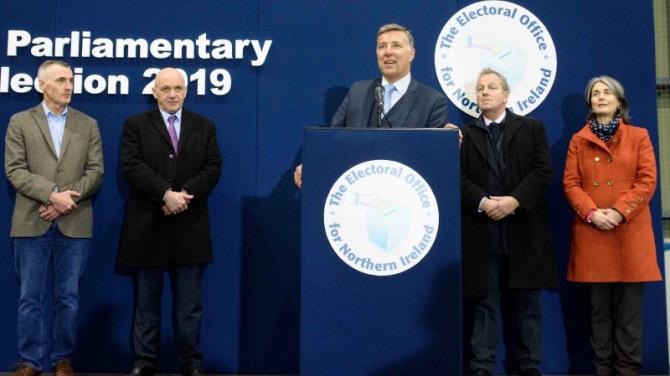 THERE will be no shortage of festive cheer in the Girvan household next week after he pulled off his own 'Great Escape' to retain the South Antrim seat.

Brexit cast a long shadow over the election campaign, and while the Remainers won the local battle for hearts and minds, it was the DUP who ultimately won the war.

It was a remarkable feat - but make no mistake Paul Girvan is a lucky man. On a poor night for the Democratic Unionists he somehow presided over a Christmas miracle, and as the masses gathered for no fewer than eight counts in a positively Baltic Meadowbank Sports Arena in the early hours of Friday morning it felt for all the world that he might even top it off with some snow.