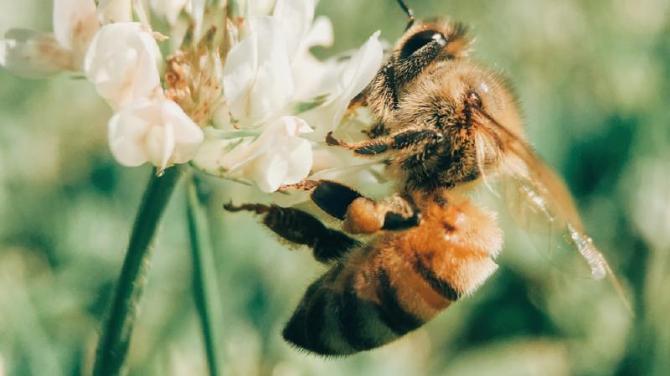 THE sharp decline in bee populations around the globe has been branded an international emergency.

So what, you might say, surely that’s just one more bug you don’t have to worry about when sipping a beer in the back garden on a summer’s day?

But that fails to grasp the enormity of the crisis that is quietly unfolding.The humble bee plays a vital role in the food chain. pollinating a wide variety of plants which are critical to human well-being and destroying livelihoods along the way.

The ravages of industrial agriculture, parasites, pathogens and climate change have all been blamed for their disappearance. The loss of biodiversity, destruction of habitat and lack of forage due to monocultures and bee-killing pesticides also undoubtedly play a part in their downfall.

But there are still small pockets where bees continue to flourish - and one of them is right here in Antrim.