'Not a good use of taxpayers' money' 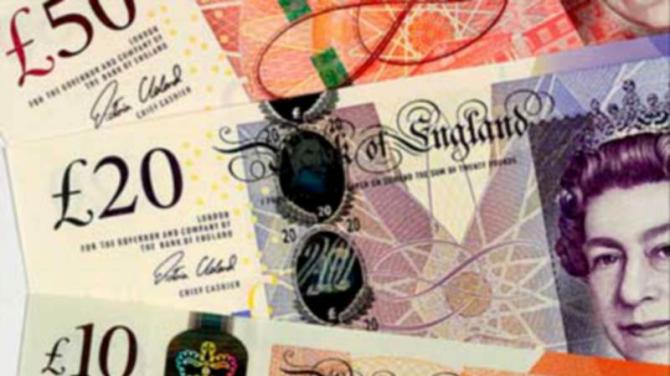 ANTRIM and Newtownabbey Borough Council is to employ a consultant to write a report on how much reps should be paid.

At the last full meeting of the council this year in Antrim Civic Centre last week, members returned to the debate over an increase to members’ allowances, including a proposed 81% pay hike for the Mayor, which was deferred last month after a public outcry.

And it was deferred for the second time.

In a report before members, council officers reckon that the First Citizen could attend over 750 events in the course of their year in office, which, according to them, if the national living wage applied, represented a commitment which would exceed the proposed Mayoral allowance.

An updated Scheme of Allowances enclosed was presented to council in November with a resolution that the item be deferred for a month to allow a detailed analysis of all 11 councils, after SDLP rep Ryan Wilson called the plan ‘greedy and obscene’.

In a case of terrible timing, the original proposal was made as nurses and other health care workers in Northern Ireland went on strike seeking pay equality with their colleagues in the rest of the UK.

Under the new proposals, the Mayor’s allowance would rise to £25,000 - up from £13,797. On top of the ‘basic’ payment of £15,071 for all elected reps, this means the First Citizen would collect £40,000 during their term of office, along with a host of other perks including the use of a chauffeur-driven luxury car.

The Deputy Mayor would receive an extra £2,000, bringing their tally to £11,000. The rates for committee chairs are set to rise too, in some cases by almost 50 per cent.

For balance, the chair of the Planning Committee currently receives over £6,300.

Mayor John Smyth moved to disassociate himself from the proposals, stressing the huge increase was ‘not in his name’.

On social media he went further still, stressing that he never sought extra remuneration for his role.

“I live in a Housing Executive house in the Steeple which I pay a mortgage for,” he said. “My wife works five days a week from 8.30am to 2.30pm. Anyone that knows me knows I have worked all my life and I am not a secret millionaire. I have never requested a pay increase.”

Following a review of the Scheme of Allowances for other councils, it can be revealed that:

•The Deputy Mayor/Vice Chair of each Council receives an annual allowance of between £5,000 and £9,021

•Vice Chairs of Committees receive an annual allowance of between £536 and £3,600

There was to be a recommendation at last week’s meeting that the updated Scheme of Allowances Payable to Councillors for 2019-20 be approved with effect from October 1.

However, UUP group leader Alderman Mark Cosgrove questioned whether ‘it is right for us to vote on something that directly benefits members of council’.

“Let’s take a proper look,” he said, proposing another deferral and suggesting that a consultant be employed to provide ‘an evidence-based report’.

He said that the council officer’s report showed ‘so much variance’ and that some of the roles and allowances outlined in the research were not relevant to Antrim and Newtownabbey, saying ‘there are some that we don’t even have’.

He reiterated that the council should not vote on something that would benefit a large majority of people in the chamber.

The proposal was seconded by Phillip Brett, DUP group leader.

Ryan Wilson of the SDLP, a strong opponent of the original proposal, asked about the potential cost of such a consultant, adding that council officers had already given advice.

Alderman Cosgrove said that Councillor Wilson had a ‘fair point’.

“It’s important to get it right, when we look at what’s before us - it is a necessary piece of work.”

Whilst the proposal was generally agreed, Councillor Wilson replied ‘against’, which was added to the record.

Speaking after the meeting, Councillor Wilson said: “No one answered a legitimate question. I asked officers the cost of this consultation and Alderman Cosgrove interjected without the permission of the Mayor.

“This is a move that could add tens of thousands on to the council’s pay bills and then it is further proposed that we spend even more to help determine how much.

“I don’t think that’s a good use of ratepayers’ money.”