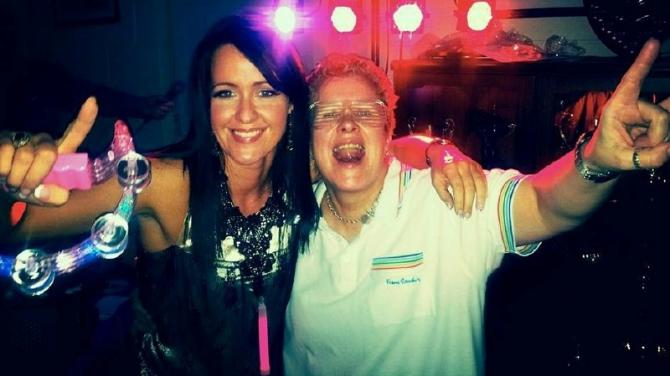 AN Antrim woman who has organised ‘nine cracking Christmas hooleys’ has seen her grand total for charity reach £25,000 after her latest festive fundraiser.

Tracy Hefferon held her first event for her 50th birthday in March almost a decade ago in memory of a friend who had passed away from cystic fibrosis.

Determined to hold a great night in tribute to a lost loved one, she asked friends and family to donate money to the charity rather than bring presents and the night was a roaring success.

“We had a great night and really enjoyed it,” Tracy told the Antrim Guardian.

“One of my friends said I should consider doing the hooley as a charity night at Christmas and it was born from there.”

The first six years were held at Allen Park and there was a regular turnout of around 100 to 120 people.

“As more and more people wanted to come though, we had to see about another venue that could accommodate us,” Tracy continued.

“I approached Paul Michael and told him about what we were doing and he was very supportive and offered us the use of the Legion for the last three to four years, which has been great.

“We’re having to make new plans for this coming year though now that it’s being knocked down.

“We have an idea in mind and we’ll be working towards that as we could have 200 to 250 people.

“The same crowd turns out every year so it’s always great craic and a lovely chance for everyone to get together before Christmas and enjoy a good night and a catch-up.”