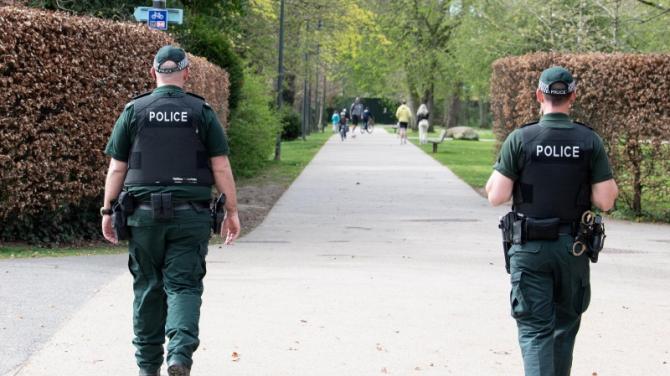 THE coronavirus lockdown is to be extended for another three weeks, until May 9.

The first minister Arlene Foster said that the NI Executive had taken its decision after a lengthy meeting on Wednesday.

In Antrim and Newtownabbey, police have stepped up patrols and road checkpoints to ensure adherence to the guidelines and Translink have praised the public for staying off public transport and keeping buses and trains free for key workers.

Food parcels have also been delivered to vulnerable members of the community across the borough after a funding boost from the Department for Communities.

The announcement of the lockdown extension came as six more people diagnosed with Covid-19 in Northern Ireland died in hospital in the past 24 hours.

It brings the number of hospital deaths in Northern Ireland to 140.

The first minister said as Northern Ireland remained in the first wave of the virus, it was important to help reduce the peak.

It is understood the decision on whether to continue the lockdown beyond the next three weeks will be reviewed by May 9, based on the data.

According to the Government's coronavirus legislation, the need for restrictions must be reviewed at least once every 21 days, with the first review to be carried out by April 16.

Scotland and Wales have both said their lockdowns are set to be extended.

The Republic of Ireland has already extended its lockdown until May 5.

From Friday, figures for the number of deaths in non-hospital settings are to be released.

The Northern Ireland Statistics and Research Agency said that, where possible, its weekly report would also state if the deaths took place in care homes.

Health Minister Robin Swann has said that the impact of the virus may now be ‘less severe in the first wave than we had feared’ but said that a second wave cannot be discounted and warned against complacency.