The former Mayor who flew the flag 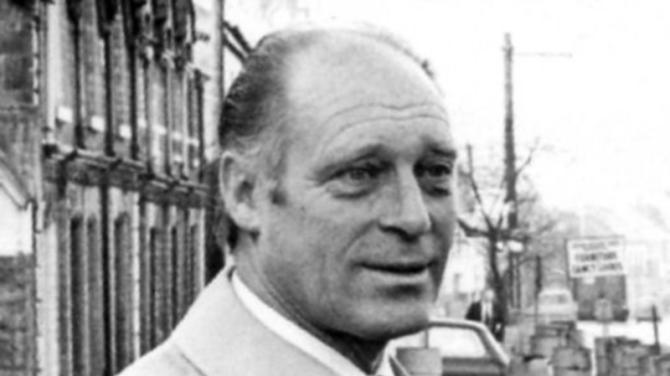 JACK Allen spent May 8, 1945 on a flying mission for the RAF completely unaware that the war he and the best men of his generation had been fighting for six bloody years was finally over.

But when he touched down and discovered that hostilities in Europe were actually at an end, the war hero, who was the highest ranking officer at his airbase in southern England, gave the order to celebrate.

He and his men opened the bar and drank the messes dry toasting the fall of the Nazi regime in Germany.

But there was a touch of dread mixed with the delight in the RAF ranks that night, for the men were sure that they would be sent to the Far East following the collapse of the Third Reich.

Horror stories had been drifting back to servicemen of the appalling treatment meted out to their comrades who had been captured fighting Emperor Hirohito’s Japanese army in the sweltering jungles of Burma.

For Jack and his men, a lasting peace and a sense of relief did not fully break out until VJ Day - Victory in Japan - for Airmen were dying every day as the struggle continued to bring down Japan.

Before the implacable Japanese was finally smashed with two devastating nuclear strikes, Jack's RAF squadron hovered in an uncertain limbo awaiting their next orders.

Jack had joined the Royal Air Force as soon as he left school. After enlisting and basic training he was drafted to the United States for flying training.

His unit set out for America on board the ocean liner the Queen Mary. When they arrived in Manhattan, the Ulster lads were shocked by the sights that greeted them.

New York was ‘lit up like the World’s Fair’, and after the grim and murky blackouts in war-time Britain the sight was like ‘a child seeing a Christmas tree for the very first time’.

But that was not the only festive feel to Jack’s first taste of American hospitality. For even before the unit disembarked the men were treated to chocolate and oranges.

The raw recruits were sent north to Canada for initial training. After a short time they were given one of the few choices in their fledgling military careers - which flying stations they wished to be posted to.

Jack chose Florida, not only because of its reputation as the Sunshine State, but also for personal reasons - his father’s cousin lived there.

He spent six days on a train which wound its way, snake-like, around the mid-west and the American heartland, dropping off airmen at different stations along the route.

Jack’s stop was the last on the line and he instantly feel in love with the place.

The young British airmen were treated with customary American courtesy, and the young Ulster man spent many weekends traveling across the state with the friendly locals.

But all did not go well. His plane crashed and the young airman was taken to recover in a New York hospital.

When he came out he received his commission and his wings on the same day. There was, after all, a deadly serious job to do.

Within days the unit’s active service orders came through. Their posting had arrived. Jack and the other airmen were scheduled to fly out to the Far East, but at the last minute the orders were changed and they were sent to England.

They spent a perilous journey home on a French liner - the target of choice for marauding German U-boats.

This was the height of the Battle of the Atlantic and 8,000 young air crew would be a prized target.

German subs chased the ship across the cruel sea, and at one point they had to hole up in the Bay of Biscay to escape the torpedoes. The airmen were the largest contingent of soldiers to ever cross the Atlantic at that point - and Hitler’s Sea Wolves wanted them badly.

Eventually the hair raising passage came to an end, and the ship and its valuable human cargo arrived back in Blighty, docking to the sound of thousands of young men sighing in relief.

On arrival they formed squadrons and were posted to stations across the British Isles.

Jack was supposed to begin his RAF career as a fighter pilot, but the top brass were looking for volunteers for one of the most dangerous jobs in the service.

During World War II gliders were used as troop and artillery transporters, and these massive cargo planes had to be towed through the skies by skilled pilots who were high on the Luftwaffe’s list of priorities.

The RAF had lost many good pilots towing troops, but Jack did not hesitate when the call came.

“It was the only time in my life that I volunteered for anything!” he said.

Before he could take up his new position he had to go back to training, but with that under his belt he was soon dragging tanks and soldiers over the white cliffs of Dover towards war-torn Europe.

“It was a very dicey carry on indeed,” he said, “but I wouldn’t have changed it for the world.”

He carried out countless flying missions from his south coast base before taking up a new post as an RAF instructor.

After his impromptu VE Day celebration, Jack continued with his high flying RAF career until he was de-mobbed in 1946.

The intervening months between the end of the European war and his return to civvy street were spent as a pilot in Banbury. The posting included an extra responsibility - as the Commander of a POW camp stocked with captured Italians.

Jack recalled that the prisoners of wars were ‘quite easy to handle’, spending much of their time cooking traditional Italian dishes.

Their good conduct continued right up repatriation - apart, that is, from one night when Jack found that a squadron of English girls had sneaked into the camp for midnight liaisons with the Roman soldiers!

“I had to tighten up security and behaviour after that incident,” he laughed.

When Jack left the RAF as a decorated airman he had reached the rank of Flying Officer, but his life took a different direction - heading for the wilds of Scotland to take up a posting with the Civil Service as a Customs and Excise Officer.

According to Jack, the time he spent among the loveable people of the north bore more than a few similarities to the comic novel ‘Whiskey Galore’.

After his spell in Scotland, Jack returned to Ulster and entered the world of business and local politics.

However he always had a fondness for his time in uniform.

“Those days were a great time of comradeship. They meant a lot to me,” he said.

And that was underlined in one of his last acts as a public representative.

In March 1997, just one month before his death, it was his ‘very great honour’ to confer the Freedom of the Borough on the RAF.