Wild flowers flourish thanks to COVID-19 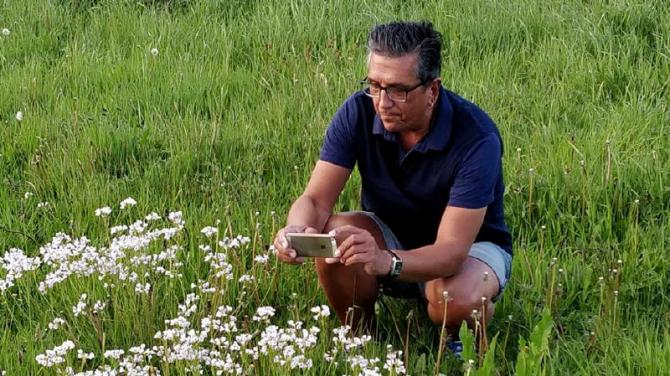 SINCE the lockdown due to coronavirus the Housing Executive, councils and Roads Service have stopped cutting grass.

As a result, native wild flowers are appearing as if by magic.

There are the ubiquitous dandelion but the big show just now is from the little lawn daisy, cuckoo flower, violets, vetches, cow parsley and many more.

They weren’t there last year so where did they come from?

The problem is repeated cutting of amenity grass, grass verges and swathes of grass in and around private property. These flowers normally just don’t get a chance to flower.

Every time they reach up it’s off with their heads.

Most can take repeated mowing because they produce more leaves each time they are cut.

Plants like orchids are special. They are probably there but they can’t make new leaves if they are mowed

The flower most obvious just now is Cardamine Pratensis commonly known as cuckoo flower, lady’s smock and milk maids. It is called cuckoo flower because it flowers when the cuckoo starts calling.

It is flowering right now in all the housing estates, school fields and on land owned by the NHS. Sadly it was looking fantastic on a school playing field but the site was mowed last week.

Have you seen them at Antrim Area Hospital? The area around the helicopter landing pad is fantastic.

I have never seen so many in one place. Every patch of grass is covered in the pale pink flowers. There must be millions of them.

This plant is highly important for the orange tip butterfly which has only just started to emerge from its pupa where it has spent the winter.

The males are obvious with their bright orange wing tips. She doesn’t have them.

The butterflies take the nectar from the cuckoo flower. They lay their orange eggs on it and the caterpillar eats the leaves.

This butterfly isn’t as common as when I was a little boy. Damp fields are where this plant loves but they are being drained and improved. Improved fields means all grass and no flowers.

I wonder if Antrim Area Hospital will copy what Causeway Hospital has been doing for years? A nurse, Donna Rainey, helped create meadows in the grounds of that hospital. Many rare plants have now appeared including a rare marsh helleborine orchid and many other orchids.

I spoke to Rachael Conway, senior engagement officer with Butterfly Conservation, and she was thrilled by the unexpected resurgence of cuckoo flowers.

“The swathes presently seen at Antrim Area Hospital will provide a much needed source of nectar and caterpillar food not only creating a wonderful spectacle but a much need haven for our native pollinators,” she said.

Which, of course, is good news - and that’s all the more welcome at a time when that has been in very short supply.