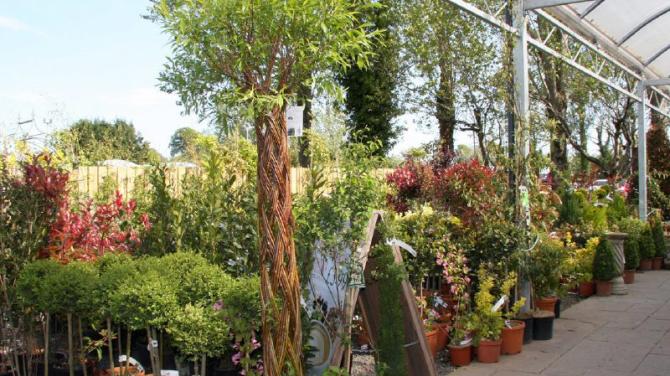 GARDEN centres and recycling facilities can reopen from Monday as part of the first of five steps to ease coronavirus lockdown restrictions, the First Minister has said.

The news came as Antrim and Newtownabbey Borough Council voted to furlough half of its full time and casual workers - around 370 - following a special meeting on Thursday night.

In April, the council deferred a decision to cut 46 of 73 casual workers, after public outcry.

The furlough scheme sees workers paid by the Government at 80% of their salary, if no work is available to them because of coronavirus, but it is not known if the council will top up the remaining 20%, as some companies have done.

Several councils have also warned of a rates hikes for local people as their incomes dive.

This week the Northern Ireland Executive published a plan - based on the lowering of the R-number, rather than a dated timetable - which will see lockdown in place until at least the end of May

R refers to the average number of people that someone with Covid-19 is expected to infect after contracting the virus, with an aim of keeping the R number under one.

This week the R number fell to 0.7 thanks to social distancing.

Marriage ceremonies where a person is terminally ill will also be allowed.

Agriculture Minister Edwin Poots has also said that he intends to re-open 91 fishing facilities to anglers, from Monday.

People have been encouraged to continue to apply social distancing and to not travel unless necessary.

They have also been warned that measures will not all be applied at once.

So far, 39 people have died from the virus in the Antrim and Newtownabbey Borough area.

The total number of deaths in Northern Ireland is thought to be 469.