Jewels in the Borough's crown 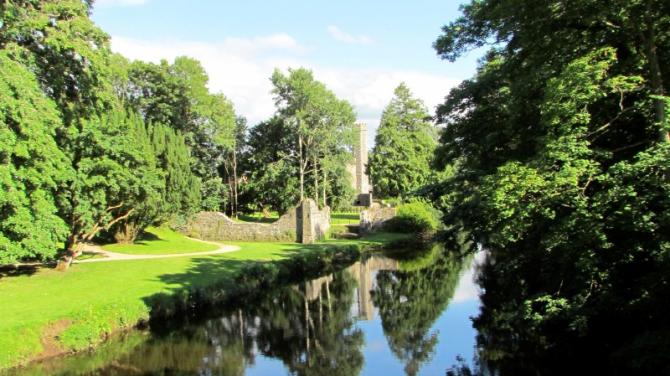 IT’S easy to be critical. Simple to be snide.

When it comes to a town like Antrim many prefer to see the grim and overlook the great. Ridicule the awful rather than elevate the awesome.

Certainly it is a town of contrasts - a mass of contradictions.

The council’s trophy cabinet is positively groaning under the weight of prestigious prizes for the magnificent reborn Castle Gardens. In recent years some of our towns have also fared spectacularly well in the province’s Best Kept Awards.

Yet at the same time Antrim also had the grim distinction of appearing in the latest edition of the UK’s ‘Crap Towns’.

So which is it going to be?

At its worst it is an example of 70s town planning gone mad. Old Antrim was radically redrawn during the boom years of Enkalon.

In just a few short years huge satellite estates were orbiting around a relatively small town centre. Trouble was it had nowhere left to go and while others flourished, it stagnated.

When the bust inevitably came those problems were thrown into sharper relief. Tatty and unloved, Antrim was developing an image problem which it is still trying desperately to shed.

But look closer and there are no shortage of diamonds hidden in the rough. This was once a town of class, of culture, of confidence.

Those historic jewels may have been allowed to dull, but now it seems they are being polished once more.

There are still rich pickings for discerning culture vultures - a fact underscored by the number of exquisite buildings and features still standing.

Places of ‘special architectural or historic interest’ garner Listed status, but only the select few - around 200 in Northern Ireland - get the coveted gold standard of Grade A.

This is reserved for the crème de la crème - those considered to be ‘buildings of greatest importance to Northern Ireland, including both outstanding architectural set pieces and the least altered example of each representative style, period and type’.

And, incredibly, the Borough has no fewer than 13 of them.

Some are obvious, though the A-List throws up some surprises - both in the structures included, but also in those omitted.

Few would deny that even in ruin Shane’s Castle is one of the Borough’s undisputed architectural gems, and its three listings are clearly deserved.

But who would have guessed that Castle Upton in Templepatrick trumps it with four?

No prizes for guessing that there is a listing for the Castle Gardens in Antrim, but it’s not for the Italian Tower - the least said about the fate of the castle itself the better - or indeed Clotworthy House. No, it gets special mention for its ponds which are virtually unique in Ireland.

The Borough is also blessed with some magnificent churches, with the OC in Randalstown, All Saints’ in Antrim and the Non-Subscribing Presbyterian Church in Crumlin all getting the nod.

And when it comes to a fine example of an 18th century courthouse, Antrim’s stunning example is guilty as charged.

Last, but certainly not least, is Langford Lodge Airfield in Crumlin - a clear link to the Borough’s long and distinguished aeronautical past.

Each and every one of them should be celebrated. With the invisible menace of coronavirus still on the march it might not feel like it - but, yes, as a community we are lucky.