John 'gives something back' 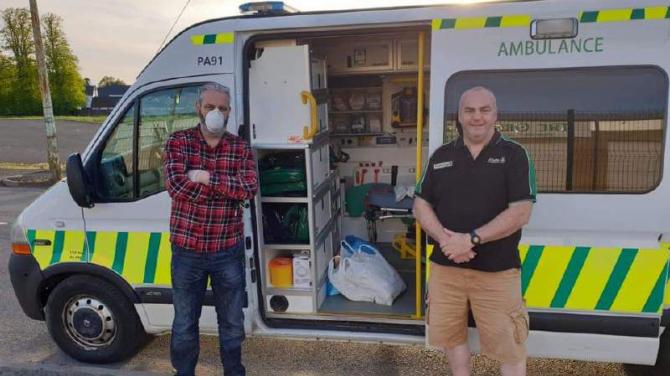 AN Antrim man has made a generous donation of PPE to the Antrim Unit of St John Ambulance to help them with their life-saving work.

For John Young, it was a timely ‘thank you’ to the tireless band of volunteers who had rushed to his father’s aid when he became very ill.

St John Ambulance have thanked the local man for the big-hearted gesture.

“Approximately five-years-ago our Unit treated a gentleman,” said a spokesperson.

“The donation is very much appreciated.”

John, who personally purchased the equipment from Harold McCloy, has said that he was only too happy to oblige.

“St John Ambulance is dear to my heart since the Twelfth of July 2015 in Antrim when my father took ill.

“The crew were amazing. Tonight I gave them something back.

“I also want to thank them from the bottom of my heart.”