The Randalstown man who blazed his own trail in the United States! 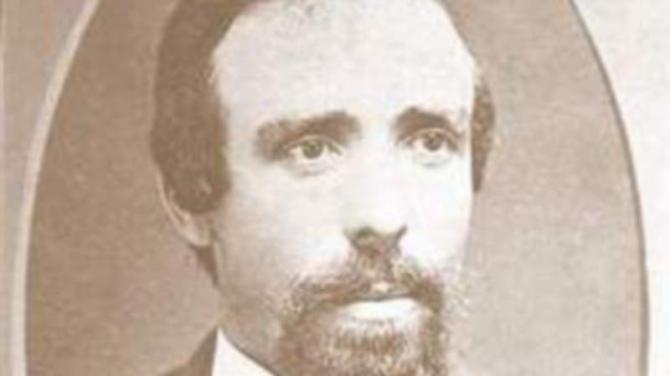 RURAL Randalstown is no stranger to young people heading off to seek adventure across the world.

While the viaduct and sleepy little town may be enough for some, others were determined to broaden their horizons and have settled down in Australia, New Zealand and America among many other places.

And as they make their mark in far flung corners of the globe, it seems that this is a far from new occurrence.

More than 150 years ago, a Randalstown man emigrated to California and his name and legacy echo around what is now Yosemite National Park, where he lived and died.

James McCauley, born just outside Randalstown in May 1841, settled in Yosemite Valley in 1870 and the following year, he hired a man to build the four-mile trail from the valley to Glacier Point, an outlook over the park.

When the trail was completed, he built a small hotel called the Glacier Point Mountain House which he and his wife Barbara operated during the summer months.

In 1883, records reveal that he sent for his niece, Elizabeth McCauley, to come from Ireland to help with the hotel.

According to James’ sons, their father was responsible for the spontaneous creation of what became a long-running tradition at the point.

He would often make a large campfire for his guests on the point of the granite cliff that jutted out over the valley and everyone would sit around and talk.

At the end of the evening, he would kick the glowing coals over the edge of the cliff.

People in the valley were fascinated by the falling embers and mentioned it to his sons. Some visitors gave them money, telling them to instruct their father to ‘have another Firefall.’

Fred and John decided this was a way to earn a little money and would gather wood for a larger fire, carrying it up the mountain on their burros.

James tied a gunny sack to a long pole and dipped it in ‘coal oil’. He would light the sack and wave it as a signal that the Firefall was about to begin and he would kick over the campfire coals.

However, in 1897, the owners of a rival hotel had the Guardian of the State Grant evict James McCauley and took over his hotel at Glacier Point, putting an end to the much-loved Firefalls.

The following year, McCauley bought a homestead in Tuolumne Meadows, some 14 miles from the point and ran cattle there, establishing his own wholesale butcher business.

He and his sons built a small cabin on the property and today the ‘McCauley Cabin’ houses park personnel.

Much to the delight of tourists, the Firefall was to enjoy something of a revival in the early 1900s after the establishment of Camp Curry.

David Curry re-established the Firefall during the summer season but, it seemed doomed once again in May 1913 when it was cancelled by the then Assistant Secretary of the Interior.

In March 1917, a new five-year lease was granted for the Firefall and so it continued until the onslaught of the Second World War again brought it to a halt.

After the war, the Firefall was brought back by popular demand until in January 1968, George Hertzog, Director of the National Park Service, ordered that the Firefall be discontinued.

The Glacier Point Hotel was later badly damaged in the snow and in July 1969, an electrical fire began in the lower floor of the unattended hotel which burned along with many of the surrounding trees.

Park Service would not permit rebuilding at the same location as it was deemed to be too close to the precipice and since then, the Glacier Point Hotel and McCauley’s old Mountain House, like the famous Firefall, became only memories.

James McCauley himself was not around to see the demise of his beloved hotel.

Arguably one of the best-known pioneers of Yosemite Valley, he was killed in a runaway accident in the Coulterville grade going down into the Cascades of the Merced River.

According to a death notice from Mariposa Gazette, Mr McCauley left his home in the Big Meadows about 6am on Sunday, June 26, 1911 with a load of meat.

Only three miles into his journey, the team he was driving became spooked for some unknown reason and ran away.

Half a mile later, the wagon tipped and James was tragically thrown from the wagon. The death notice recorded his injuries as ‘a broken neck, several broken ribs, a mashed head and face and other cuts and bruises.’

It is believed that he was killed instantly, and his body was found by a party of campers coming out of the Yosemite at about 10am the same morning, lying on top of the load of meat.

The army surgeon in the Valley and a detail of soldiers went to the scene immediately and held an inquest after his family was notified.

The death notice read: “It had been one of the requests of Mr McCauley while living that he should be buried in Yosemite Valley after his death.

“This request was made of Major Forsythe, but that official had no authority upon which to grant the request, so the body was brought to Merced.”

The funeral was held from the Odd Fellows Hall with internment in the IOOF cemetery on July 1, 1911.

He was survived by his wife Barbara and three children, Jules, John and Fred.

A tribute in the Mariposa Gazette read: “Mr McCauley became a member of Mariposa Lodge, No 39 IOOF in 1869 and retained his membership there continuously.

“He was one of the best-known men in Mariposa county and extended his acquaintance to all parts of the world by entertaining the hundreds of tourists who visited the Glacier Point hotel during the time of his proprietorship.

“He was also well known in Merced, Stanislaus and Tuolumne counties and everyone who had the pleasure of knowing him speaks a kind word for his character and offers a strong regret that he should meet so unkind a fate.

“After the death of Galen Clark, which occurred last year, Mr McCauley was the oldest pioneer in the Yosemite Valley.

“Mr McCauley’s ranch at the Big Meadows is one of the beauty spots of the mountains and is a valuable piece of property.

“As the news of his death reaches the homes of the people of the mountain country there will be genuine sorrow and regret from one end of Mariposa county to the other for this good man was loved by all.”