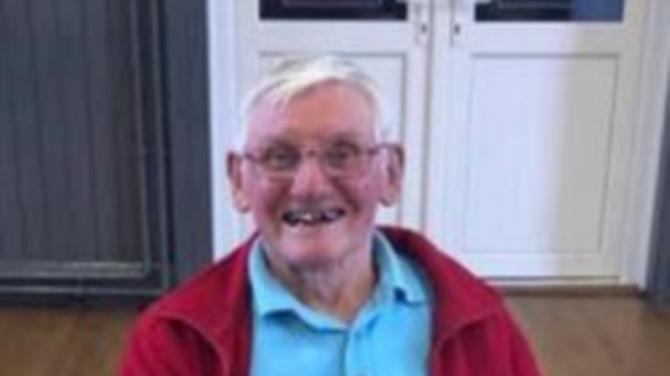 WARM tributes have been paid to Randalstown man Sammy Walker, who was laid to rest on Saturday.

He was a long time member of Staffordstown Accordion Band, and they visited his house on May 15 to perform in a socially distanced manner in his garden to ‘lift his spirits’

The band spoke of their sadness when they learned that he had died peacefully in hospital on May 27.

“Sammy was a past member of the band for over 30 years,” said a spokesperson.

“Sammy will be missed by everyone as he was a great supporter of the band and could be seen at parades across the country.

“Just two weeks ago the band had a chance to play to Sammy and his wife a few of his favourite tunes and hymns.”

The father of three’s granddaughter Laura currently plays with Staffordstown.

“It’s with great sadness that we learned of the passing of Sammy Walker late last night.

“We are grateful to have known such a wonderful character. Today we remember with fondness the times spent with Sammy and the significant part he played with a local seniors’ group.

“Our thoughts are particularly with his wife Anne, his family and friends who remain in our thoughts and prayers.”

His family asked for donations in lieu of flowers to be made to NI Chest Heart and Stroke.