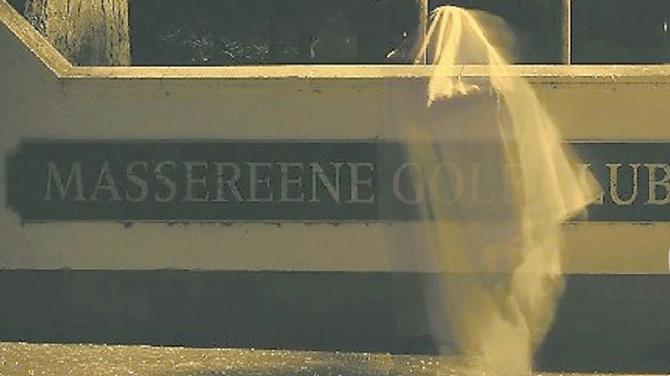 IS it just me, or is lockdown beginning to feel a bit like Christmas - but without the decent telly?

Days seem to melt into one another, rather like that weird little week between December 25 and the New Year.

There’s eating, drinking but if you watch the news, not so much of the making merry - but, like a lifeboat bobbing away from the Titanic, there’s still that nagging sense that eventually it will all end and sweet normality with return.

In the meantime, we are all in this together. And that means sharing the same four walls of your home with your family - whether they like it or not.

So what to do with all this ‘quality’ time? In days gone by, families would get around the fire to share stories. And the scarier, the better.

As luck would have it, the good people and Newtownabbey have a choice crop of creepy tales to mull over. So pull up a chair, pour a glass of something wicked - a small one mind - and prepare to revisit some of the Borough’s favourite haunts!

But spare a thought for the hardy souls who are deadly serious about coming face to face with the seriously dead. For the County Antrim Paranormal Research Association chasing spooks is a fact of life.

They are more than a decade into their mission to investigate unusual phenomena. They have yet to find conclusive evidence but they refuse to lie down. The dead have yet to show their face, but they will keep on digging.

Along the way they have been forced to dodge flying bar stools - curious since the premises in question were empty - and have recorded spectral voices on tape.

They also lifted the lid on some of Antrim’s paranormal hot spots for any would-be ghost buster.

Most people are familiar with the White Lady who is said to talk the Castle Gardens by night - indeed one member of CAPRA was inspired to join after a chance ‘sighting’.

The lady in question is thought to be Ethel Gilligan, a servant who perished in the fire that destroyed the castle back in 1922. Back in the 1960s reports of her nocturnal walks sparked a ‘ghost watch’ by police - though she failed to put in an appearance.

Elsewhere in the historic grounds, a ghostly coach pulled by a team of spectral horses is said to return every year on May 31. The coach in question crashed into the round pond on that date, killing everyone on board.

Closer to the ruins of the castle itself, there have been reports of ‘heavy breathing’. Ghost hunters are advised, however, to investigate this one at their peril!

Another alarming manifestation has been spotted at the corner of the Belmont Road and Cunningham Way in Antrim. A number of residents have reported seeing people ‘hanging from trees’. Record suggest that there was indeed a hanging tree in the vicinity. Creepy.

Further along the Dublin Road, close to the British Road, a spirit of a very different kind was spotted as far back as 1991.

While traveling to work a man observed a young girl wearing a ‘long 1900s-type dress’ riding an old fashioned bicycle across the road. When the witness reached the point where he had seen her he realised there were no gaps in the heavy hedge rows - and there were deep ditches and heavily ploughed fields wh ich would have made her journey impossible...

Shane’s Castle has made the list too - and not just for its famous banshee.

Ghostly figures have been seen staring balefully from the trees near the ruin, and in the subterranean tunnels.

Back in 2017 the team also considered a chilling image caught on camera in Randalstown. Ostensibly a picture of a young woman and her little brother, it was only when the 23-year-old examined the picture when she realised there were three faces looking back at her.

For there, on the right of the frame, was another frightening figure glowering down the lens just over the four-year-old’s shoulder.

The picture took on a life of its own, with one Guardian reader suggesting that it could in fact be his grandfather who had vowed in his death bed to return from beyond the grave after his landlord had refused to pass the tenancy on to his son.

Whether he succeeded or not is anyone’s guess, but down the years two families fled unexpectedly from the property...

Witchcraft also features heavily in local lore. Back in 1698 Antrim’s witch hunters were out in force following an alarming incident in the town.

A 19-year-old girl fell gravely ill after she was given a sorrel leaf by an ‘evil harridan’. George Sinclair in his early 18th century study of the supernatural - ‘Satan’s Invisible World’ - gave a graphic account of what happened next.

‘It was scarcely swallowed by her but she began to be tortured in the bowels, to tremble all over and even was convulsive and in time swooned away as dead’, said the scribe.

‘They sent for the Minister, who scarce had laid his hand upon her when she was turned by the demon in the most dreadful shapes.’

Alarming symptoms indeed, but then the already extraordinary case took yet another unexpected turn.

‘She began to rowl herself about, then to vomit needles, pins, hairs, feathers, bottoms of thread, pieces of glass, window nails, nails drawn out of a cart or coach wheel, an iron knife about a span long, eggs and fish scales’.

It may not stand up in court today, but the angry locals had seen enough. A lynch mob descended on the ‘hag’s hovel’ and she was strangled . She was then burned at the stake just to make sure.

Just 15 years later another Antrim woman felt the wrath of the puritanical rabble. In his 1913 study ‘Irish Witchcraft and Demonology’, St John Seymour uncovered the case of another unfortunate wretch killed for dabbling in things ‘best left alone’.

The penniless old woman was driven to distraction by the ‘cruel and barbarous’ treatment she received from her fellow townsfolk who believed she was a witch.

To escape their jibs she sought refuse in a cave near the Old Meeting House in the town. But this self-imposed exile did nothing to quell the rising tide of resentment. Indeed, for some her decision to ‘live like a wild woman’ only confirmed their suspicions.

Sadly it was quite literally a case of out of the frying pan and into the fire. The woman was dragged screaming from her makeshift home and stabbed to death. Her body was then torn asunder with much of it thrown into a bonfire and the rest scattered over places she was supported to have exercised her ‘evil influence’.

For years after her execution her ghost, in the form of a goat, was said the haunt the Meeting House. It was known as ‘McGregor’s Ghost’ after the saintly Sexton who had hastened the woman’s demise.

Threats of a nocturnal visit were used to chasten naughty children. The irony, of course, is that Antrim’s own bogey man was guilty of no other crime than looking the part.

There are many other tales of Antrim’s restless dead, with real life calamity often blurring into lurid fancy.

A couple of years back the Antrim Guardian revealed the location of the ‘Rebels’ Grave’ on Massereene golf course where many of the dead or dying from the 1798 Battle of Antrim were unceremoniously dumped. Perhaps unsurprisingly, the area has lore of its own.

Back in the winter of 1975 an intrepid Antrim Guardian reporter set out to investigate sightings of ‘the walking dead’ near the greens.

‘Lately there have been reports of mysterious nocturnal visitations in the region of the Lough Road, along the pleasant fairways of Massereene.

‘Several people walking along the quiet road towards the Sixmile have been startled by the eerie groanings and rumblings and then dim, shadowy figures running - apparently in great distress - and uttering queer panting sounds.

‘Just as quickly they disappear towards the grey waters of the Lough and merciful oblivion. Some time later, however, they reappear still uttering low cries of distress along the shores of the Lough.

‘Dimmer figures because of the distance, with pleading, extended arms stretched imploringly towards the comfortable lights of the clubhouse and Antrim in the distance disappear into the shadowy trees behind the 18th green. Some time elapses before their plaintive panting starts to fade away, leaving the spectators wan and shaken.

‘What ghostly figures are these? What ghastly events do they portend? No-one knows and we have only a slim chance of finding out’.

Indeed. And that’s the real beauty of a ghost story.

For those who believe, no proof is necessary. For those who do not, no proof is possible. Until, of course, you hear that footstep on the stair in the dead of night, that breath in the darkness, that tap on the window when the world is meant to be locked firmly down...