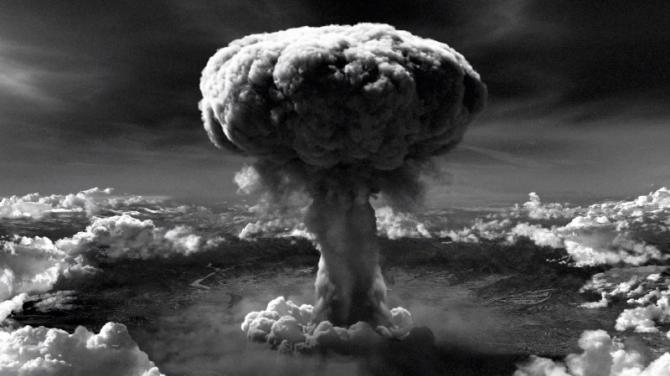 VISITS to sites of devastation caused by man’s inhumanity to man are pretty common today.

The number of tourists who visit Nazi concentration camps at places like Auschwitz and Belsen, for example, continue to increase year on year.

Fewer of us are, however, as familiar with the city which was devastated by the world’s first atomic bomb.

When I first planned my trip to Hiroshima in Japan, I have to admit that I really wasn’t sure what to expect.

How, I wondered, could any city ever recover fully from the total devastation caused by ‘Little Boy’ – the code name for the bomb?

Devastation that had been captured in all of its horrific glory at the time in images that are etched on the brain for eternity.

It was at 8.15am on the morning of 6 August 1945 that the US aircraft Enola Gay, piloted by Colonel Paul W Tibbets Jr, dropped ‘Little Boy’ above Hiroshima, effectively ending the Second World War.

In no time at all, Hiroshima was to become Japan’s Ground Zero.

The bomb exploded 600m above and 100m south east of what was then the Hiroshima Prefectural Hall, a building which at the time had been standing for 30 years and which is now preserved more than 70 years later as the Atomic Bomb Dome – ruins, which are kept as a reminder of the horror of atomic warfare.

The bomb – which witnesses said fell like ‘black rain’ on the city - caused absolute carnage.

Many thousands threw themselves into the waters of the nearby river to ease their pain.

While many thought they had survived the initial bombing, they were to die days later since the radiation from the bomb continued to ‘cook’ them from the inside.

Weeks after the bomb exploded, hundreds of corpses were still floating in the river.

I have to admit that, like many other people, I cried at the sight of the hundreds of photos – not only those of total devastation, but, even more tragically, those representing the human face of atomic warfare.

To indicate the size of ‘Little Boy’, the museum also contained a replica of the bomb, with figures strategically placed beside it to show the size of the bomb that had almost wiped a city off the face of the earth.

Even more heartbreakingly, there were the remnants of toys that had been burnt to a crisp.

All around me, I could hear people weeping; some silently, some less so.

I haven’t been to Auschwitz yet, but I would imagine it has the same effect on you.

It was like one minute these people were going about their daily business, and the next, the black rain was falling from the skies, ending many lives and changing the rest forever.

Regardless of your views on whether the USA was right or wrong to drop the bomb, as with all conflicts, it is the innocent, who ultimately pay the price.

The cranes had been the idea of a young girl called Sadako Sasaki who was only two when the bomb exploded and who had apparently escaped injury.

Nine years later, however, in her sixth year at elementary school, Sadako suddenly contracted leukemia and was hospitalised.

While in hospital, she constantly folded paper cranes – hoping that they would help her recover, but, after an eight-month battle with the disease, she sadly died.

Sadako had wanted to fold 1,000 cranes but, sadly, she didn’t manage to reach her total.

Her death was to lead to a movement to build a monument to all of the children, who had died as a result of the atomic bomb, and the Children’s Peace Monument was created thanks to donations from all over Japan.

Sadako’s story went all around the world and thousands of paper cranes are now sent to the monument every year.

Even as I was there, there were groups of tourists from Canada, the USA and England, who were all placing cranes in tribute to Sadako.

Today, Hiroshima is once again a busy and dynamic city with a population of almost 2.8 million.

As I wandered around the streets, I felt safe and welcome.

The people – from those in the hotel, to those serving me in shops – were almost deferential and super-polite.

Hiroshima’s vibrancy is matched only by its beauty - its shrines in particular are breath-taking.

Over the past 75 years, Hiroshima has indeed risen from the ashes created by ‘Little Boy’, but, thanks to the Atomic Bomb Dome and the Peace Memorial Park, Japan ensures that no one will ever forget what happened to Hiroshima – or to children like Sadako.