Whatever happened to the Gangs of Antrim? 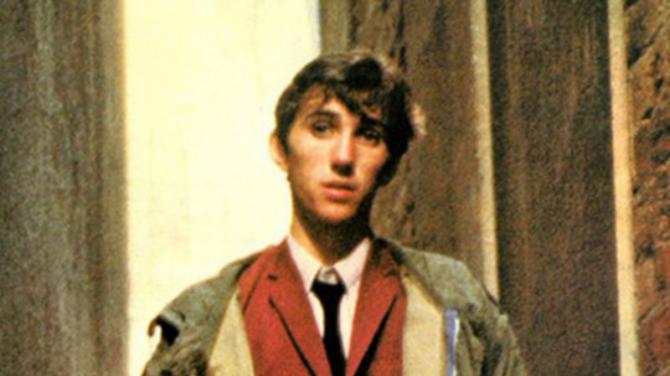 IT’S now 40 years since a landmark British film created a storm at the box office - and ructions on the streets of Antrim.

Cult-classic ‘Quadrophenia’ told the story of a young Mod and his pursuit of teenage kicks against the backdrop of the epic battles against the Rockers in 1960s Brighton.

As a study of teen rebellion and disaffected youth it certainly struck a chord with local teens - and fiction blurred into reality as it helped spark angry confrontations on local streets.

In late 1979 dark clouds were gathering over Antrim. Unemployment was steadily mounting as Enkalon, the lifeblood of the town’s economic rebirth, began haemorrhaging jobs.

Young people in particular were getting restless. Worse than that, many were bored. It was a volatile cocktail.

The Troubles were still raging, of course, but these tensions were different. This wasn’t about orange and green, it was about music and identity. Ultimately it was about belonging. About being in a gang.

And the gangs in question could hardly be more different.

One the one side were the Mods, who were riding high following the success of that film. Most wore the trademark neat suit and parka jacket, with the select few hitting the road on a scooter with more mirrors than were strictly necessary.

The Skins were arguably less refined, but greater in number. Cash was tight, after all, and being a Mod required serious cash.

Their uniform was jeans and DM boots, with some topping it off with a crombie - though most were content with a Harrington or a ‘Madness jacket’. Red braces were optional.

Both had a hardcore number of devotees - and for them the rivalry between the two camps was very real.

Tensions simmered into 1980 - but by year’s end the atmosphere began to darken. At around Christmas time, the jeering and name calling outside the then popular ‘community centre discos’ reached a new crescendo.

And while it was not on the same scale as Brighton, the police were rattled. There was a sense that something had to give. And around Easter time it finally did.

The touchpaper was lit when an Antrim Mod was ‘viciously stabbed’ in both legs. The ante had been raised, with within days they took their bloody revenge.

The Antrim Guardian reported that a ‘Rude Girl’ required urgent hospital treatment after a well-aimed brick ‘split her head open’ following a disco in the town.

Police upped their patrols, but reporters on the scene said the mood was ‘ominous’.

According to the Guardian, ‘confrontations between the two gangs have been increasing in regularity since Christmas time, and many are concerned by the bitterness of the feud and the heightening tensions’.

Though the two tribes were drawn from across Antrim, the Mod heartland was the Stiles estate while the Skins ‘and their close relatives’ the Punks congregated across the road in Rathenraw. Fights were common forcing the Stiles disco to close for several weeks.

But violence is a moveable feast, so the Mods returned the favour and took the fight to the Skins, loitering outside the Friday night Rathenraw disco - until the organisers of it too were forced to temporarily pull the plug.

Andy Gibb and Billy Watters, of the Rathenraw Tenants’ Association, insisted that they did not wish to permanently deprive the many because of the threat posed by the few.

“We are reluctant to close down simply because we would be withdrawing from the situation and instead of offering the youngsters something to do for a night we would be turning them into the street. I don’t think that would be solving anything,” said Mr Gibb.

He stressed that many ‘ordinary kids frequented the nightspot and when trouble flared they ‘got offside quickly’ - and for that reason he was determined that the show should go on.

But there had to be precautions. There would be checks for weapons at the door and drinks would be barred.

“They believed that drink was a major contributory factor to the fights but said that the effects of glue sniffing among some of the young people could also lead to the kind of emotional state that manifested itself in fighting,” noted the Guardian scribe.

Over at Stiles Youth Club, the shutters remained stubbornly down until peace prevailed.

“There will always be this aggro going on between the two gangs and it invariably flared up after the disco was over,” said a spokeswoman.

“It is still going on with groups congregating on street corners at night. There is one area between us and the Greystone estate which is particularly bad. Some women simply will not go out alone at night.

“There is undoubtedly a problem on the estate and I don’t know what the answer is. They break glass over the roads, write on walls and fight - and residents are very worried.

“What I would like to see is an advice centre for young people - somewhere they could go to talk about their problems if they find they can’t talk to their parents. This might help if they felt someone cared.”

Problem was, for many of these ‘blood brothers’ that sense of security came from the gang itself.

But fashions change and within a few short years the Skins and the Mods became an out-dated relic. The bubble had burst and the young people found other heroes and aped newer trends. The gangs soon splintered too.

Duran Duran, Michael Jackson and Wham, it seems, could not command the same devotion or cast the same polarising spell.

The new mood was reflected in the opening of new neon nightspots. Unlike ‘Club Tropicana’ the drinks were far from free, but the opening of Club Sahara proved that Antrim was moving on.

Drinking and fighting would continue, of course, but for now at least the war was over.