Revisiting the Battle of Antrim 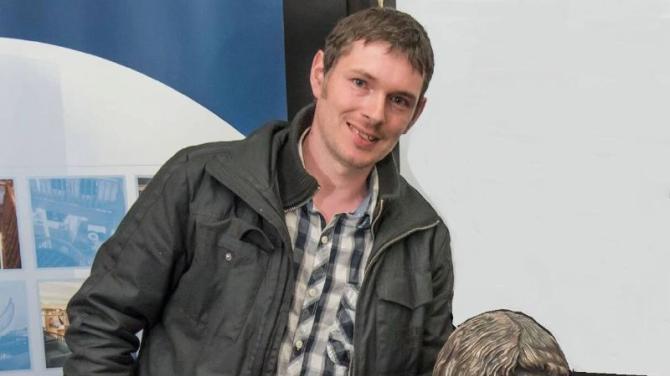 THE local man who has penned the definitive history of the Battle of Antrim has renewed calls for the Borough to ‘reclaim’ the town’s pivotal role in the United Irishmen uprising.

It is a subject Stephen McCracken is certainly passionate about - and he is saddened that the events in the county town 222-years-ago this month continue to divide many.

For behind this story of rebellion was a coming together of people of all classes and creeds. This was not republicanism in the modern sense - it was a clamouring for freedom and social justice.

In short, he feels this is shared history which should be commemorated, not an embarrassing aberration to be buried with the dead of that fateful day in June.

He would like to see the story taught in schools, and the events mark by a 1798 visitor centre.

“This is a Battle which was fought in our town. It should have more of a presence in the town and could potentially be used to expand the tourism,” he said.

“I feel a 1798 community heritage centre would be a great addition - much like the one in Wexford. We should be taking ownership of this period rather than letting Wexford and other areas claim it.”

So why should local people care? What made the bloody events of that day a defining moment in local history?

The Battle of Antrim was fought on June 7 between troops loyal to the crown and Irish insurgents led by Henry Joy McCracken.

The rebels assembled at Donegore Hill in preparation for the march and attack on Antrim town, where an emergency meeting of the County’s Magistrates called by the county governor, Lord O’Neill, was due to take place.

This meant that the attack was delayed and McCracken was forced to make adjustments to his plan for a simultaneous, overwhelming assault on the town from four separate points.

The town was garrisoned by a small force of about 200 yeomen cavalry under Lieutenant Colonel William Lumley and armed volunteers.

This was mistaken for a full retreat and the cavalry moved out to pursue and rout the supposed fleeing rebels - straight into a gauntlet of the insurgents, suffering heavy losses.

The rebels attacked the remainder of the garrison, which then began to pull back to the safety of the castle wall. This was mistaken by a newly arrived rebel column as an attack on them, causing them to flee in panic.

In the melee, the county commander, Lord O’Neill, trapped with his magistrates, was fatally wounded, piked on the steps of the courthouse.

“I learned next to nothing at school about the United Irishmen or the 1798 Rebellion and it has been a source of frustration to me for many years - so I’ve decided to do something about it!”

It was a labour of love for Stephen, who was determined to cast new light into the dark recesses of history.

And he has succeeded in bringing a wealth of fresh new detail into exactly what happened - and, more importantly, why.

“He could have had a full grave down there, but never even considered it. Most of the men were buried where they fell,” he said.

The new book, which was published last week, brings together many of these stories, giving the fullest ever picture of the Uprising.

“The book is set out in three parts,” he explained.

“The first is the daily events leading up the Battle focusing on Parkgate, Templepatrick and Ballyclare. It also takes in who the United Irishmen were and its leadership. There is also new evidence on the McCracken family.

“Part two focuses on the actual Battle of Antrim itself which brings in the Battles of Randalstown and Dunadry. This is the most detailed account of what happened on the June 7 222 years ago. It also clears up a lot of myths surrounding the Battle.

“Finally I look at some of the participants of the Battle of Antrim and what happened them after. This part also brings in the famous descendants such as former Ulster Unionist leader Lord Molyneaux, the ‘All Black’ Peter Henderson, the American President Woodrow Wilson and John Wayne to name a few.

“The Hendersons played a huge role in the Battle of Antrim. They were a large family from Templepatrick and Donegore. A direct descendant is the late New Zealand player Peter Henderson who played 633 times for Huddersfield and was picked seven times to play for his native New Zealand.

“Samuel Molyneaux, who died in 1823, had emigrated from Killead to Mountpleasant in Kentucky. It is unclear if he was an active participant in 1798, but it was at this time he left. His obituary says he was an enthusiastic friend of freedom and can only be assumed that he left due to the rising.

“Robert Morrison was born in 1782 and he was the great great grandfather of John Wayne - or Marion Morrison - the movie star. Randalstown claim him as one of their own and local legend says the family belonged to Connor Presbyterian Church.

“He emigrated between 1799 and 1800 to New York with his mother. Some state that a warrant had been issued for Robert’s arrest due to the rising, however this has been unsubstantiated. John Wayne famously referred to himself as ‘just a Scotch Irish boy’ - so he was obviously well aware of his humble roots.

“The Bones brothers, James and Samuel were from a successful farming family in Duneane, Randalstown. It is unknown if they took part in the Battle for Randalstown or Antrim but they did take part in the march for Ballymena.

“James was captured. However he was able to escape for America. After a few years in Jamaica and America he returned and married Mary Adams. In 1810 James decided to take the family to South Carolina in the USA. His two brothers Samuel and William followed him. James and Mary had a at least two sons John and Samuel Bones.

“Samuel Bones had three sons, Thomas, John and James. James married Marion Woodrow. Marion’s sister was Jennie married Rev Joseph Wilson. Joseph was the father of President Woodrow Wilson who was President of America from 1913-1921. Helen Bones became the private secretary to her cousin in law the President. She was the daughter of James and Marion (Wilson) Bones.”

It is a colourful cast of characters, to be sure, but Stephen believes that this is a story that must be told.

“I suppose for the past 222 years there has been an element of disremembering,” he said.

“With changing views and opinions after the Union with Britain, the majority of participants of the Battle now had something to cling on to.

“Unionism now came into the forefront of radical ‘Protestantism’. Within probably five years the aims of those fighting did a whole 180 degree U-turn from Republican to Unionism.

“It is often stated that the United Irishmen were not Republicans. They were firstly looking for political reform, but their aim mutated to radical Republicism - to try and emulate their neighbours in America and France.

“This Battle consisted off all religions and creeds. Today we should maybe look back to what united us 222 years ago rather than divides us. Equality for all was a main objective, with all the race riots today this had proved a lasting issue.

“The Battle Antrim could have changed the outcome of the 1798 uprising. It was so close to achieving its aim. Belfast and the greater Antrim area was were the movement started from. All eyes on that sunny Friday morning were focused on Antrim town.

“Probably more people died in this battle from the Antrim area than are remembered on the Antrim cenotaph. It affected all families in this area, of course much like the two great wars in the 20th century and even the Boer war, which often never gets a mention. I came a across a letter saying that there was no men left in 1901 to bring in the harvest as they were all in South Africa.”

After his epic researches, the ink is finally dry on his opus - and he is pleased with the results.

“I suppose when I moved to Antrim town 10 years ago I knew I would have to work and get this Battle right. More often only a few paragraphs or pages are given over to this Battle often playing it down, slating its leadership. I hope I have shown that everything was done to get the United Irishman tactics correct.

“With the help of Guardian readers I uncovered the Battle of Dunadry which was a huge find. This revelation and investigation has revealed that all those scholars who castigated the leadership for not covering their back were wrong.

“It’s always great to prove people who have not done their homework wrong and I feel this adds to the importance of the book!”

The book is only available online at present. Visit online bookshop LULU and use the code WELCOME15 to get 15 per cent discount. It is also available on Amazon.

“It has done very well so far with books being sent as far as Australia and the Americas. I’m really pleased.”