Cooke vows to serve up another KO for fans 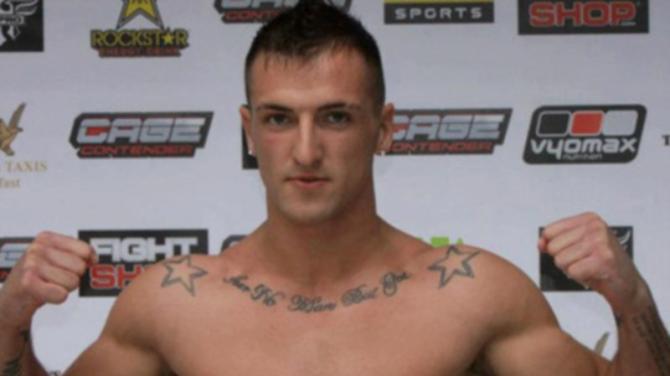 ANTRIM fighter Conor Cooke steps back into the ring next month - and he is promising to serve up another Knock Out to his fans.

A long-time veteran of MMA, he finally made the switch to boxing earlier this year, delivering a bone-shattering KO in his debut.

But the Antrim man insists that the best is yet to come.

And that journey begins on November 17 when he climbs back between the ropes at the Shorts Sports and Recreational Club.

The opponent has yet to be named, but in truth Cooke does not really mind who is put in front of him - because he is confident that they are going down.

“I’m training twice a day and sometimes even three times a day. I start off with a session in Belfast with my coach Dee Walsh, then I head off to do some building work and then I train at my own boxing club I recently opened in Antrim.

“I’m feeling fitter and stronger than ever and I’m very confident that I will take my professional record to 2-0, with another exciting KO.”

He is also determined to help the next generation reach their potential too. With friend Kevin Downey he is putting young fighters through their paces at the Agoge Boxing and Fitness Academy beside the old Enkalon building.

“We train alot of young kids and adults to be the next boxing star to come from Antrim.

“We also focus alot on kids with learning difficulties such as Autism.

“It helps kids who are going through tough times financially and mentally or who just need a bit of excitement in their lives. Boxing is much more than just fighting. It’s about fitness and discipline.”

If anyone from Antrim would like to go support Conor on the night he can be contacted me through Facebook. There will be a bus going and returning to Antrim on the night and also an after party held in town.

He is also on the look out for local businesses to come onboard with sponsorship.