To Russia with love! 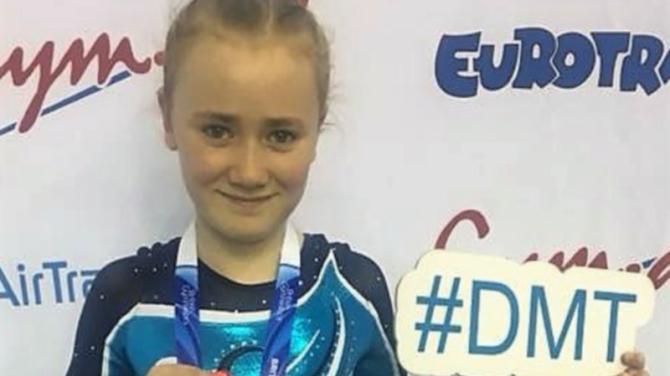 A SUPER-talented local teenager is about to embark on an adventure of a lifetime.

Twelve-year-old Molly McKenna from Randalstown has been selected to represent Team GB in the World Age Championships next month.

Molly is a member of Antrim Phoenix Trampoline Club and has had a very successful year.

She is the Northern Ireland 11/12 year Champion on both Trampoline and Double Mini Trampoline.

She also won the silver medal on DMT in last month’s British Championships in Birmingham.

But it does not stop there!

She then went on to win her first international gold medal with her GB teammates in the Loulé Cup in Portugal on October 5, beating both Australia and Portugal in the finals.

Based on this success, Molly has been selected to represent Team GB.

Her next stop is St Petersburg, Russia, next month.

She will fly on November 12 for a week, competing against the world's best in the World Age Group Championships.

She has certainly hit some heady heights, but her success does come with a downside. As a junior, everything is self-funded.

Travel, kit, British Squad training and competition entries are paid for by the participant.

She has also been sponsored by Atlassian.

The night finished with an auction for the main prize – a deluxe B&B in Belfast’s Grand Central Hotel, which was won by highest bidder John Slane.

Many family and friends who could not make it to the quiz were able to contribute via Molly’s Crowdfunding page. https://www.justgiving.com/

Molly's parents would like to thank everyone who helped make the night such a success.

“She is about to have the experience of her life,” they said.

“Without this support, it wouldn’t be possible.”