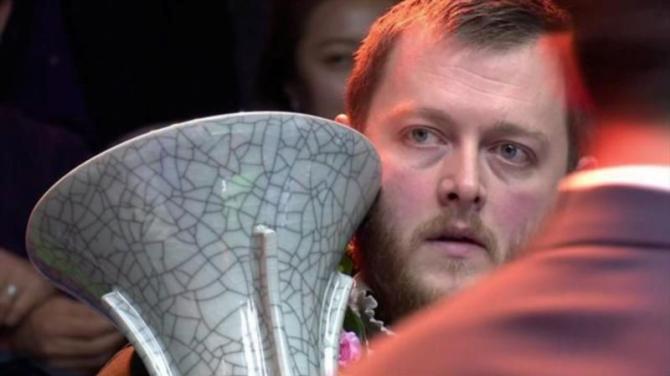 THIRD time proved to be the charm for Antrim’s Mark Allen as he added the enormous International Championship cup to his trophy cabinet.

Though he is no fan of playing overseas, he produced one of the finest performances of his career - tucking away no fewer than 14 century-plus breaks.

Among them was the highest of the tournament, a stunning 146.

The win, which saw him pocket a cool £175,000, is his fourth ranking tournament and his second of 2018, after he reduced Kyren Wilson to tears on his way to Masters glory at Alexandra Palace in January.